Osceola Kowboys Ride Out Celebration Storm 56-0, St. Cloud Next Up 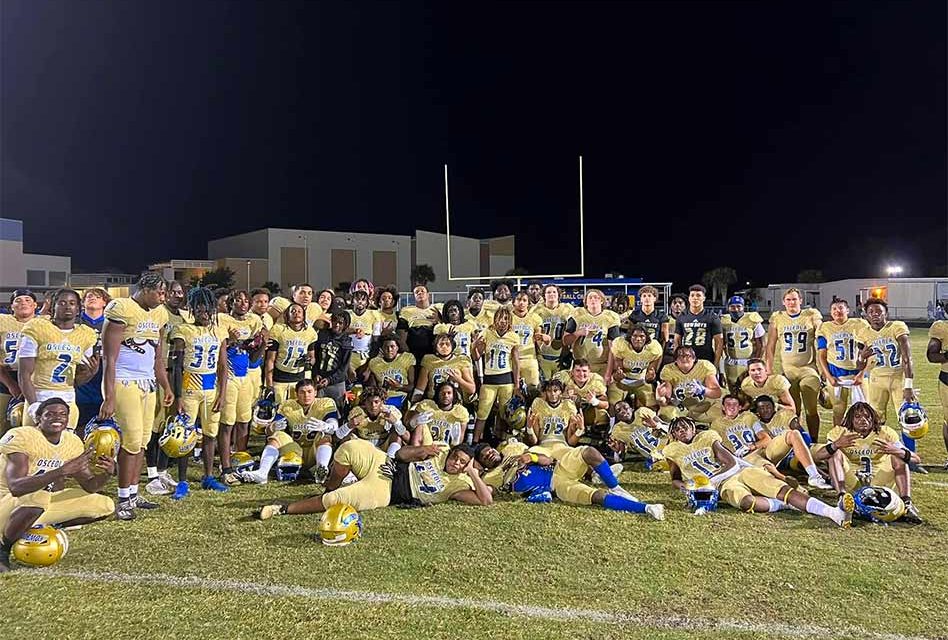 Taevion Swint started an offensive avalanche by scoring a touchdown on the second play of the game as Osceola rolled to a 56-0 win over Celebration to even their season record at 3-3 and go 1-0 in district play.  The Storm fell to 0-6 and 0-2 in two district games.

“Unfortunately, Celebration is struggling this year and the game was what it was,” Osceola coach Eric Pinellas said.  “On the bright side, we got to play a lot of young players and they responded well to the challenge.  Our young players are the future of our program and whenever you can get them quality reps in a varsity game it is a positive.”

The game was a total domination in Osceola’s favor from the beginning.

Taking over at midfield midway through the second at the 50, Osceola needed just four plays to extend the lead to 49-0 as Jeff Sinophant – brought up from the junior varsity – scored on a 14- yard run.   With more than six minutes remaining the first half, both coaches agreed to go to a running clock.

Under the running clock, Osceola only got two more possessions in the second half – with Alijah Jenkins scoring on an 11-yard run and the Kowboys driving 95 yards on its final possession before taking a knee on the two with a minute left to end the game.

Defensively, Osceola was equally impressive.  They forced three turnovers, blocked a punt and limited the Storm to just 94 yards of total offense and five first downs in the game.  Sixty of those yards came on their final drive against the Osceola reserves.

The Kowboys will return to action on Monday night with a 6:30 p.m. contest against St. Cloud – A.K.A. “The Game.”  It will be the 99th meeting between the two schools and is a makeup of a Sept. 30 game postponed by Hurricane Ian.  It is one of the oldest series in both the state and nation.

Since 2004 the Kowboys have dominated the series and now lead it 67-27-4.   St. Cloud’s last win in the series was a thrilling 41-35 win in 2010 – a victory they would later have to forfeit on a player eligibility issue.  The last official victories for the Bulldogs came in in the early 2000s, when the Bulldogs won back-to-back games by nearly identical scores of 28-24 in 2005 and 27-24 in 2004.  Since then, St. Cloud has had some up-and-down seasons; while Osceola has emerged as a state powerhouse – reaching the state championship game three times since 2007.

“We’ve gotten the best of them lately, but we will still be pumped up and ready to play this game,” Pinellas added.  “Our players know their fathers and grandfathers played in this game and it still has a lot of meaning to them.”

After the St. Cloud game, Osceola will return home to play Daytona Beach-Mainland which will be their fourth game in 13 days.  “After that one, we can return to normal and hopeful play once a week,” Pinellas said.  “We have three losses against three outstanding playoff teams and we had a chance to win all three of those.  My hope is we use those losses as both a learning experience and motivation.  We want to be playing our best football at the end of the season.” 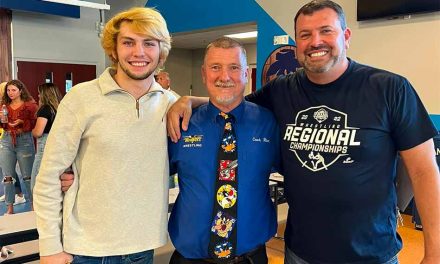 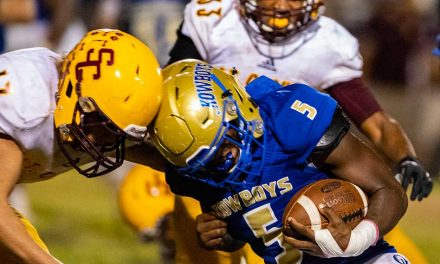 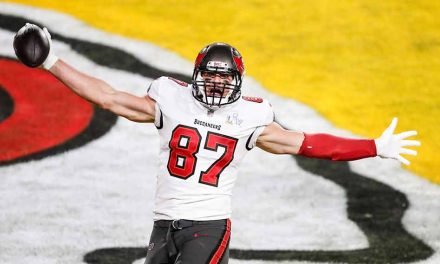 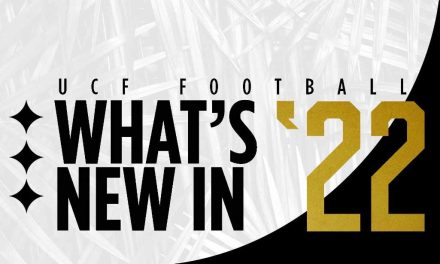