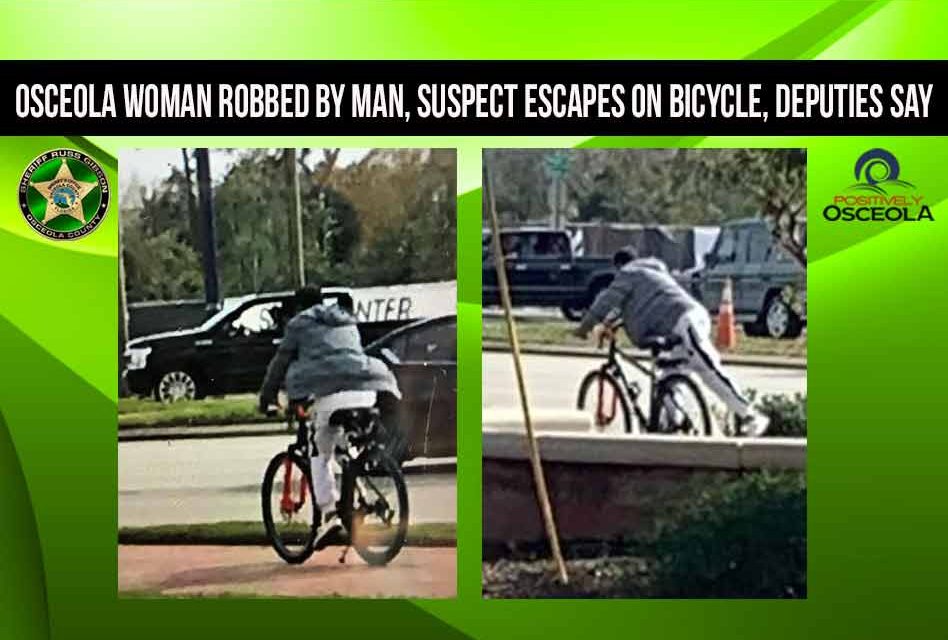 The Osceola County Sheriff’s Office is seeking a suspected robber who stole money from a woman near a West U.S. 192 thrift shop on Sunday.

According to police, the woman was parked at around 12:30 p.m. in front of the Hope Thrift Store located at 5943 West 192 (just west of the Cracker Barrel) in Kissimmee, when she was approached by a male, who grabbed her then told her to “be quiet and get into the car.”

The woman began to yell for help, causing the man to bear hug her. The woman was able to break free and run for help. During this time, the suspect went into her car and stole money from her wallet before discarding it. The male suspect then fled riding a red and black bicycle east on U.S.192.

The suspect was described as a dark skinned male, with dark brown eyes, dark short hair, unshaven and was wearing a grey hooded jacket with light grey sweatpants with a black stripe down the side of the legs. The suspect was captured in photos as he is fleeing the scene on his bicycle. 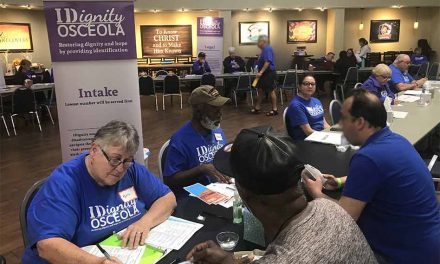 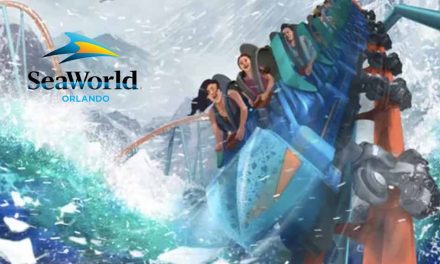 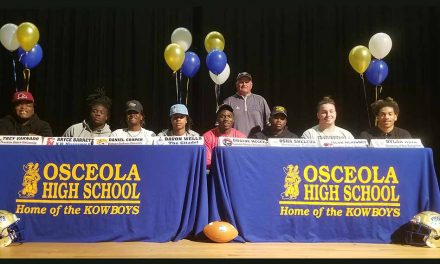