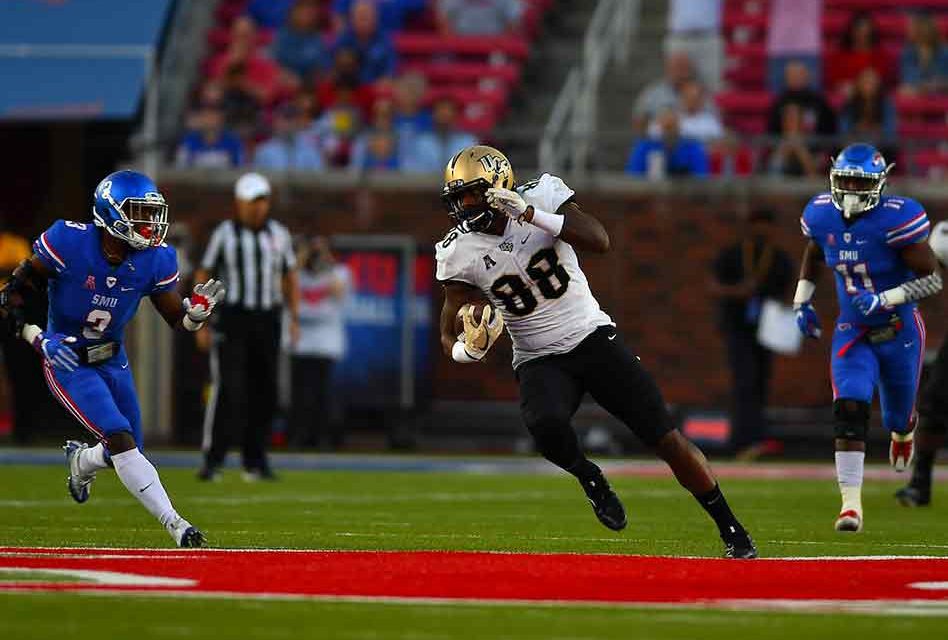 Powered by 24 unanswered points in the second quarter, the UCF football team set the record for the longest winning streak in program history at 10, with a 45-19 road victory at Temple on Saturday afternoon. The No. 12/14 (10-0, 7-0) Knights set a season high with five takeaways.

UCF scored 17 points on a trio of Temple (5-6, 3-4) turnovers in the second period. Pat Jasinski picked off the first pass of his career at the Owls’ 20-yard line. Quarterback McKenzie Milton then connected on a nine-yard pass to Otis Anderson to put the Black and Gold ahead 21-10. Shaquem Griffin forced a fumble with a punishing hit on Temple running back Ryquell Armstead. Matthew Wright split the uprights with a 44-yard field goal on the ensuing drive. With 3:14 remaining in the first half, Kyle Gibson returned an interception to the Temple five-yard line. Gabriel Davis stretched for the goal line to put the Knights up 31-10 on the very next play. The UCF offense took advantage of the short field, scoring 24 points on just 122 yards of total offense in the second quarter.

The Knights kept the pedal to the metal to open the third. Milton found Tre’Quan Smith on the outside for a 22-yard touchdown pass. On the next Temple possession, Griffin dropped back in coverage deep in the secondary and snagged his first interception of the year. The offense put the game out of reach when Milton hit Marlon Williams on a swing pass for an eight-yard touchdown to make it 45-13 UCF.

DEFENSIVE TAKEAWAYS
• The Knights recorded four interceptions and forced one fumble on the afternoon.
• UCF now has 25 takeaways this season, compared to 24 touchdowns allowed.
• Nevelle Clarke added to the Knights’ tally with a fourth-quarter pick that shut down a late Temple drive.

UCF Quarterback McKenzie Milton was a cool customer in the pocket once again, throwing for 208 yards and four touchdowns on 16-of-23 passing.
The Kapolei, Hawaii, native played without throwing an interception for the second straight game and the fifth time this season.

Temple’s Frank Nutile, who helped revive their offense when he took over at quarterback four games ago, was picked off four times.

Head Coach Scott Frost opened the post-game press conference saying, “I was just proud of our guys. I was a little bit worried about this game being the game before the game and playing in the cold. A lot of factors pointed to this  being a close one. I was thrilled with how our guys responded.” 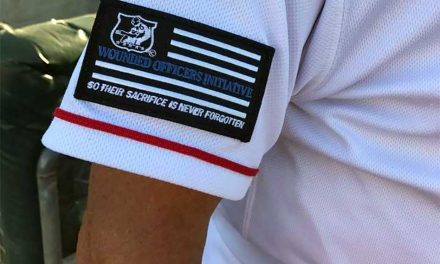 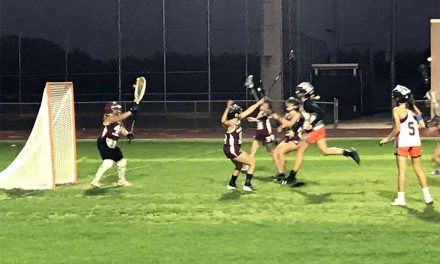 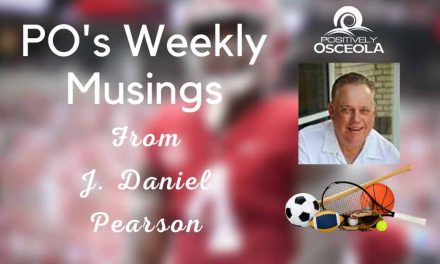