Argentine black and white tegus are nonnative to Florida, but they’re here – and not welcome! 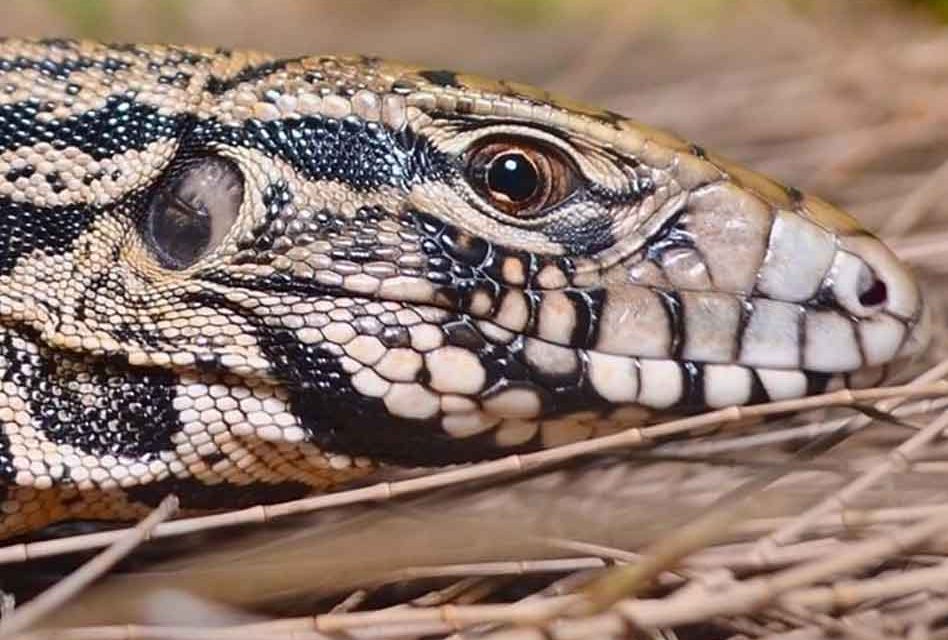 FWC biologists have been teaming up with volunteers and partners to remove over 10,000 invasive Argentine black and white tegus from the wild since the year 2000. Why? These nonnative lizards can grow up to nearly five feet long and are known to prey on native wildlife, including gopher tortoise hatchlings and alligator eggs!

Argentine black and white tegus are not native to Florida and are considered an invasive species due to their impacts to native wildlife.  Reproducing populations of Argentine black and white tegus are established mainly in Hillsborough and Miami-Dade and Charlotte Counties, but have been recently discovered in St. Lucie County, and have been observed in St. Cloud Florida in Osceola County. Like all nonnative reptile species, tegus are not protected in Florida except by anti-cruelty law and can be humanely killed on private property with landowner permission.

Argentine black and white tegus are large lizards that can reach nearly five feet in length. They have a mottled black and white coloration that often is arranged into a banding pattern across the back and tail. Hatchlings display similar markings but typically have bright green heads. The green coloration fades after they reach about one month of age.

In both its native and introduced range, the Argentine black and white tegu is found in savannas and disturbed habitats such as forest clearings, roadsides and fence rows. They are terrestrial lizards that rarely climb more than a few feet off the ground, but they are strong swimmers. Tegus can tolerate marine and freshwater habitats, such as flooded marshes.

During the winter months, tegus retreat into burrows while they undergo a hibernation-like period known as brumation. In south Florida, they typically begin to emerge from their burrows in February.

Tegu breeding in Florida begins in early spring. Female tegus reach reproductive maturity after their second year of brumation or when they are about 12 inches long from the tip of the nose to the base of the tail. They lay an average of 35 eggs per year. Females construct nests of dried vegetation, often at the base of trees, in clumps of tall grass or in burrows. Eggs incubate for approximately 60 days and require stable temperatures for successful hatching. After hatching, juvenile tegus grow quickly. Tegus may live up to 20 years.

Tegus have an omnivorous diet and consume fruits, eggs, insects, and small animals including reptiles and rodents. They are efficient egg predators that will consume the eggs of ground-nesting birds and reptiles. They may also consume pet food that has been left outdoors.

Reproducing populations of Argentine black and white tegus are established mainly in Hillsborough and Miami-Dade and Charlotte Counties, but emerging population was recently discovered in St. Lucie County, and have actually appeared in St. Cloud Florida in Osceola County. Managers and researchers believe these populations occurred through escapes or intentional captive animal or pet releases.

Potential impacts of tegus include competition with and preying upon Florida’s native wildlife, including some imperiled and protected species. Tegus prey upon the nests of other animals, and researchers have documented tegus eating American alligator eggs and disturbing American crocodile nests in Florida. Recent gut content analysis of tegus by the FWC revealed that they consume Threatened juvenile gopher tortoises and agriculturally valuable foods, highlighting the impact this species may have on sensitive wildlife and agricultural lands.

Though current population estimates are not available for this species, evidence suggests the possible expansion of their populations in Florida. 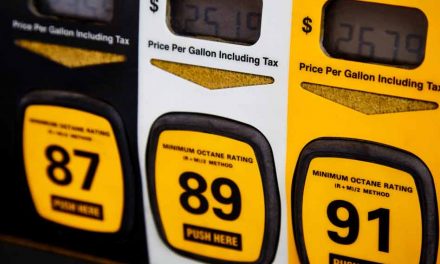 Gas prices continue to rise, up 14 cents in last 2 weeks