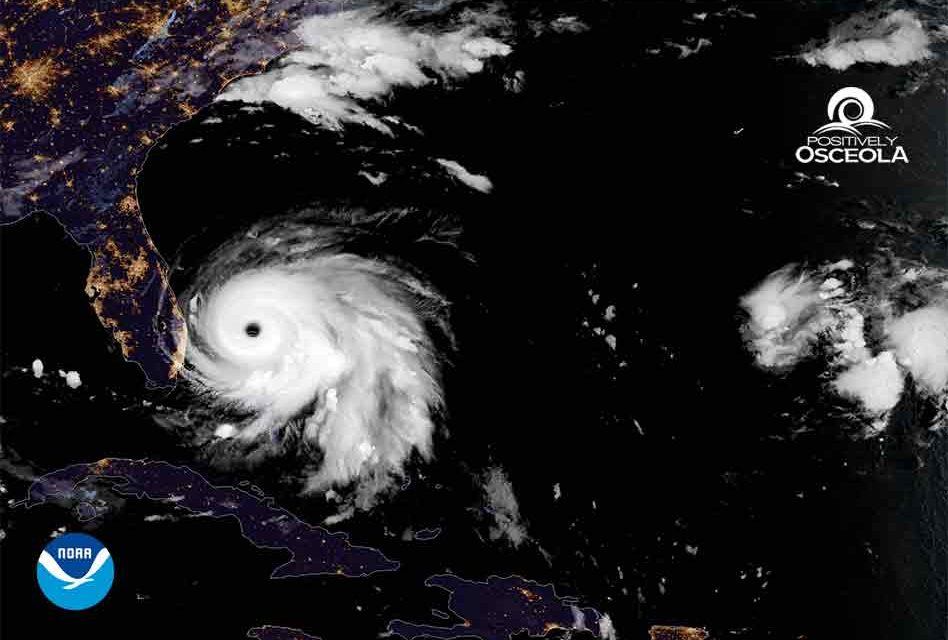 Hurricane Dorian is now crawling westward toward Florida’s coast at a punishing 1 mph pace as one of the strongest Atlantic storms ever recorded, leaving destroyed homes behind in the Bahamas.

According to the  National Hurricane Center in Miami, the Category 5 storm’s top sustained winds are currently at 165 mph Monday morning, down from Sunday’s 185 mph. The center of the storm is around 40 miles east of Grand Bahama’s largest city, Freeport, and 115 miles east of West Palm Beach.

Uncertain where Dorian is headed, most  of the east coast of Florida and parts of Central Florida remain in the cone of uncertainty and causing residents in those areas to keep non-stop watch on the Category 5 slow-moving monster.

The cone of uncertainty still includes much of east Central Florida including downtown Orlando.

The newest advisory indicates that the east-central coast of Florida could possibly experience a tornado Monday afternoon or evening.

Heavy rains, capable of producing life-threatening flash floods, are expected over northern portions of the Bahamas and coastal sections of the Southeast and lower Mid-Atlantic regions of the United States into Friday. 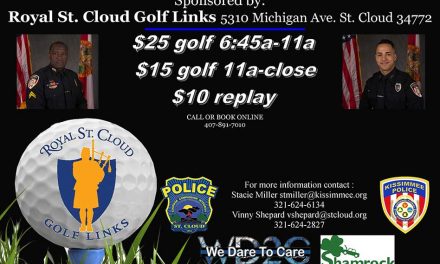 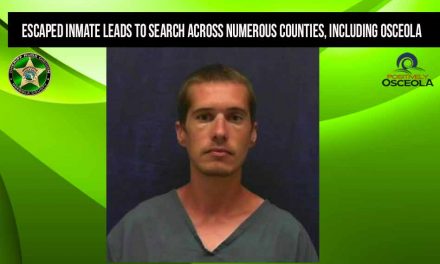 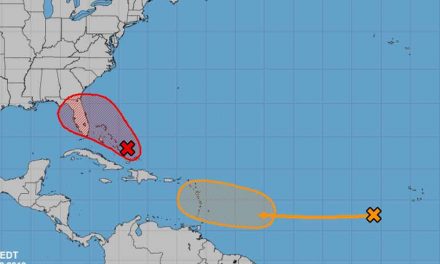 Disturbance in the Atlantic Means Wet Weather for the Weekend