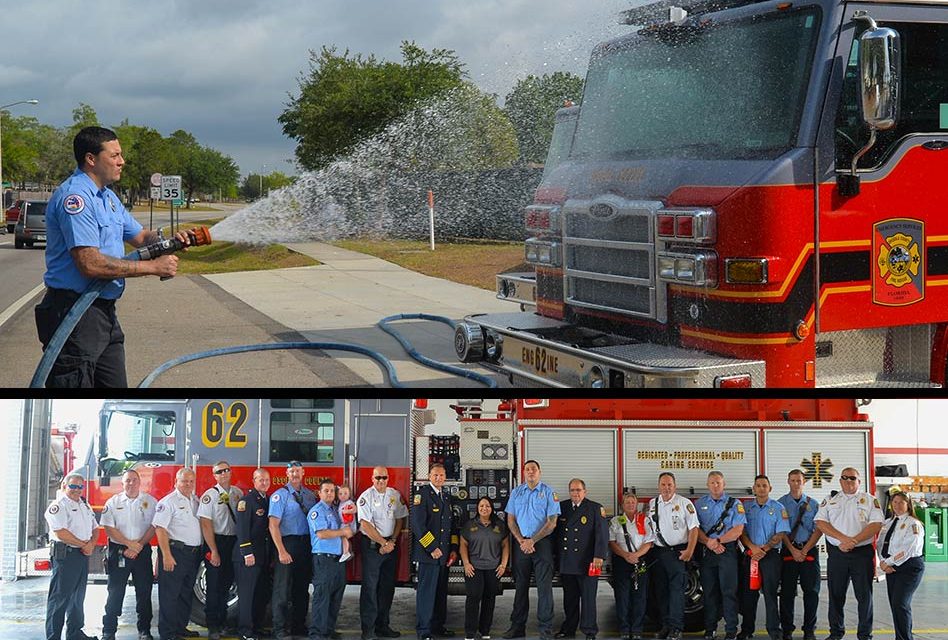 A ceremony for a new piece of fire-fighting equipment that will enhance public safety in Buenaventura Lakes was held at Station 62 Tuesday morning.

The Pierce Impel Pumper replaces a model that has served for more than 345,000 miles. The new engine has an extra compartment behind the cab to store EMS equipment, a forward-facing seat to allow for better visibility, a standardized pump panel for ease of use between crews. Hoses also can be accessed and deployed more quickly.

“Our first-responders are heroes who protect our lives and homes every day, and this truck will enhance their capabilities,” said County Commissioner Viviana Janer, whose district includes the station in Buenaventura Lakes. “This is one of several improvements that will enhance the safety of our residents.”

The new engine company that was established in October went into service with the old piece of equipment; now, their new engine is finally ready for use. In accordance with the time-honored traditions of the fire service, Osceola Fire Rescue held a Wet-Down and Push Back ceremony, beginning with washing, then drying off the new Engine 62. Firefighters then pushed the vehicle into the firehouse, a tradition that dates back to the 19th century.

“This ceremony of transferring old to new helps us to remember the past and focuses us on our duty,” said Chief Robert Sorenson. “Now this engine is ready to help our firefighters protect the lives and property of Osceola County citizens.”

The county approved $1.4 million for three new engines last year. The other two soon will be deployed at Stations 51 (Narcoossee) and 54 (Harmony), replacing trucks that were made more than a decade ago.

All of the improvements are a key part of the Osceola Board of County Commissioner’s focus on public safety. Later this year, the county will break ground on a badly needed new Station 62 that will replace a facility that wasn’t designed for a full-time fire fighting force and is so structurally deficient that it must be evacuated during tropical weather because of safety risks. This new, state-of-the-art prototype station will address those issues and more.

“This is more evidence of our drive to move Osceola forward,” said Commission Chairman Brandon Arrington. “The board’s commitment to public safety is a vital part of the services we provide, so it’s a big day when we can deploy these tools to increase protection for our citizens.” 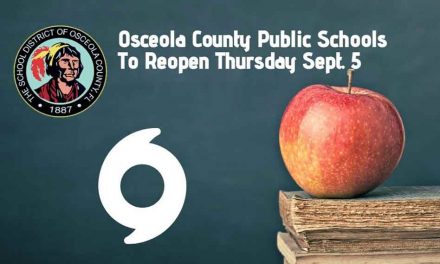 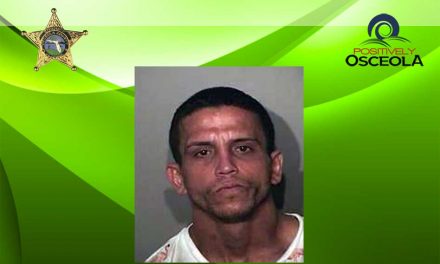 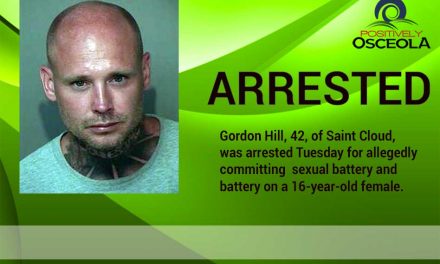