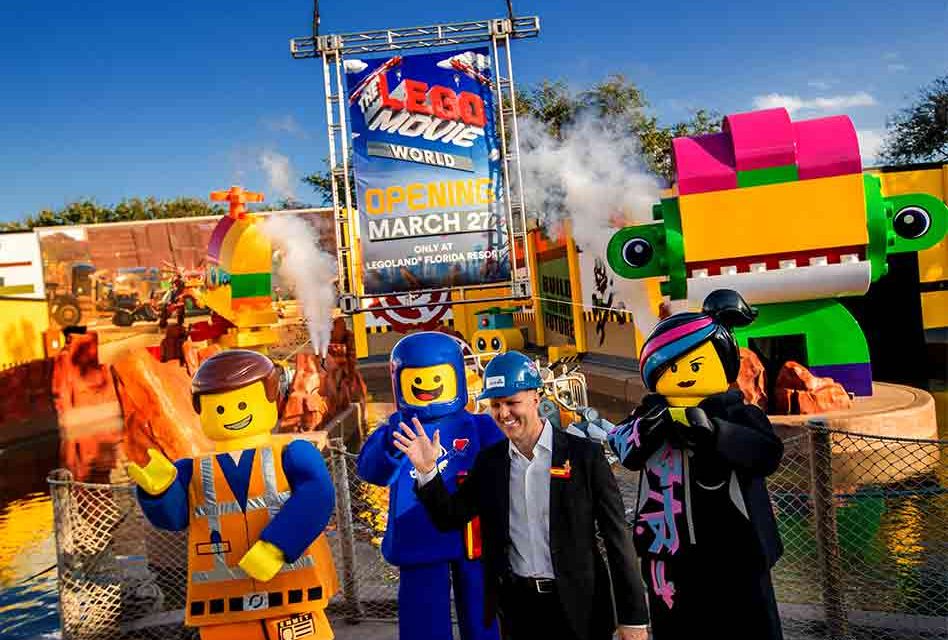 Opening March 27, LEGOLAND® Florida Resort is taking guests from the theater to the theme park with the launch of THE LEGO® MOVIE™ WORLD. Created in partnership with Warner Bros. Consumer Products, this impressive expansion features three new rides and numerous attractions, all inspired by the characters and themes of the worldwide blockbuster THE LEGO® MOVIE™ and the exciting new big-screen animated adventure sequel THE LEGO® MOVIE™ 2: The Second Part.

“THE LEGO MOVIE WORLD  will provide guests around the world with the ultimate movie-to-theme park experience,” said Keith Carr, project director of Merlin Magic Making. “The park just screams fun everywhere you look; kids and families alike can interact with various characters, enjoy ride technology that’s the first of its kind and dine on tasty tacos at Taco Tuesday Everyday. Not to mention, they have a spaceship playground!”

While the Park’s theming and immersion of THE LEGO MOVIE universe will captivate guests of all ages, the three brand-new rides stay true to LEGOLAND Florida’s kid-friendly experience.

“The rides truly capture the whimsical fun and quirky nature of the popular LEGO movies,” said Rex Jackson, general manager of LEGOLAND Florida Resort. “The Masters of Flight ride will be iconic to our park, Unikitty’s ride sings and spins with her ever-changing emotions and the Battle of Bricksburg is themed around huge LEGO DUPLO® aliens. With great partners in Warner Bros. we’ve developed a park that will bring a lot of smiles to children and their families. We’re thrilled to be the only location for fans to experience THE LEGO MOVIE WORLD.”

THE LEGO MOVIE Masters of Flight takes guests on a suspended ride aboard Emmet’s Triple Decker Couch surrounded by a full-dome virtual screen, giving the sensational feeling of flying through a world created completely from LEGO® bricks. The attraction is the first in the world at a major theme park that embeds a 180-degree turn in the ride experience. The ride animation will feature a humorous and magical adventure as guests soar through Cloud Cuckoo Land, dive to Middle Zealand and splash down on the waters of Pirate’s Cove.

Unikitty’s Disco Drop takes guests through a rainbow-filled journey based on Unikitty and her many moods. Once on the ride, guests will swoop to the tiptop of Cloud Cuckoo Land, then drop, spin and bounce back down to earth, creating a thrilling and frenzied experience.

At Battle of Bricksburg, the only water ride in THE LEGO MOVIE WORLD, riders are challenged to stop DUPLO aliens from invading and stealing LEGO bricks by spraying water at targets from their boats. The riders aren’t the only ones who can enjoy playing in the water, outside of the ride will be water cannons for guests to spray and help the riders save the day.

THE LEGO MOVIE WORLD will also feature Taco Tuesday Everyday eatery, The Awesome Shop, filled with take-home collectibles and a space-themed playground structure inspired by Benny’s spaceship which will include special photo opportunities and character interactions.

Buy your tickets now and be among the first to experience THE LEGO MOVIE WORLD www.LEGOLAND.com/annual-pass/. 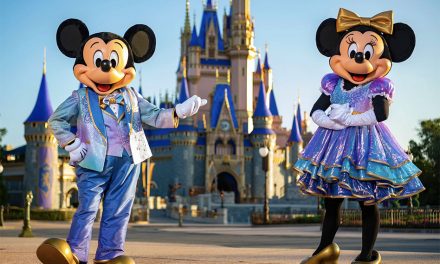 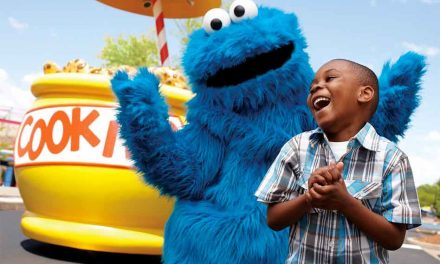 SeaWorld Orlando Announces that Sesame Place is Moving Into the Neighborhood 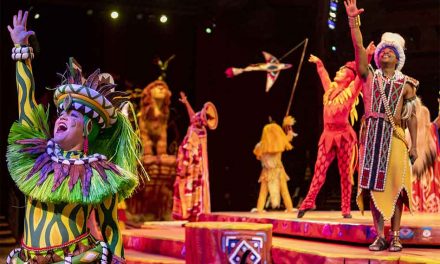 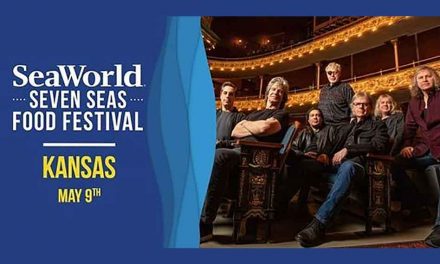