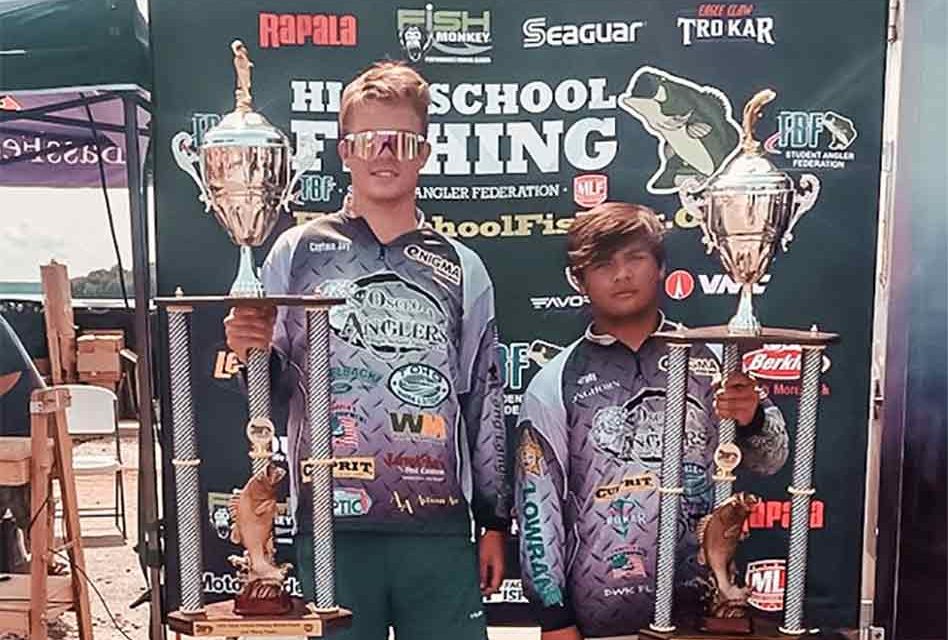 While many students of high school age are kicking back and taking a breather during the summer break, 7 teams of anglers from local high school fishing club, the Osceola Anglers, traveled to South Carolina to fish for bragging rights and some robust education scholarships in the 2021 12th Annual High School Fishing World Finals and National Championship.

Grady Johnson and Dawson Turner represented Osceola in a big way by fishing their way to a third-place finish in the High School Fishing World Finals and National Championship.

Congratulations to all 7 teams from Osceola County who made the trip:

As third-place finishers Grady Johnson and Dawson Turner were presented with the following scholarship offers: 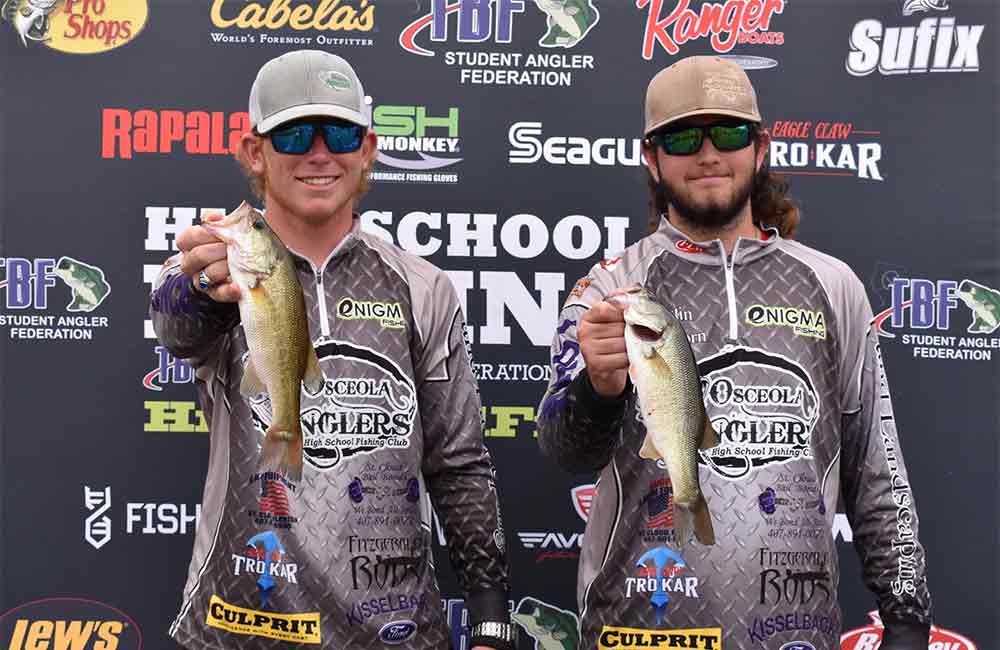 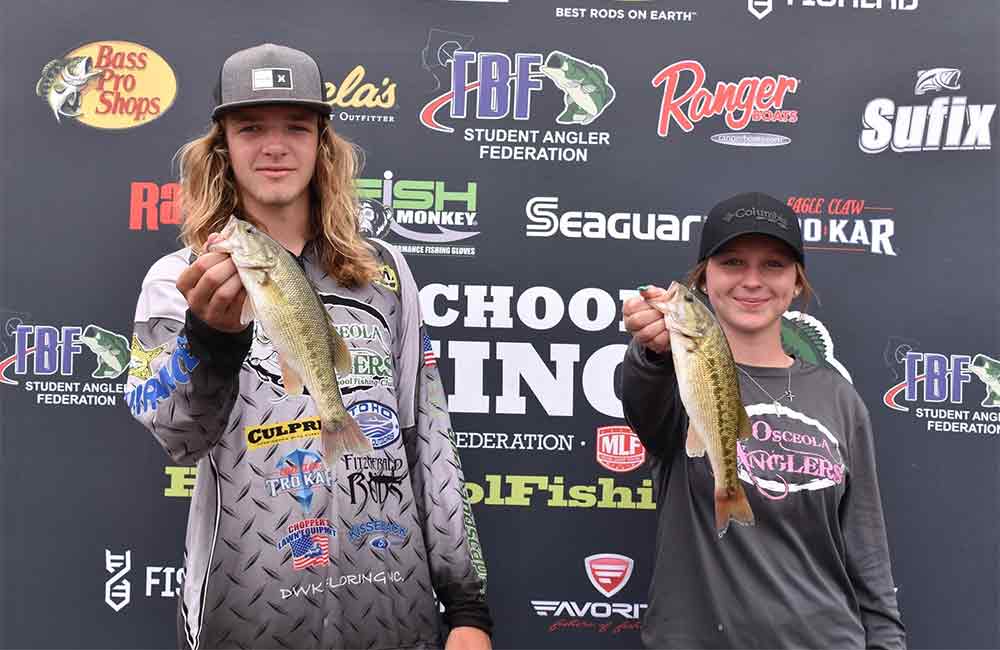 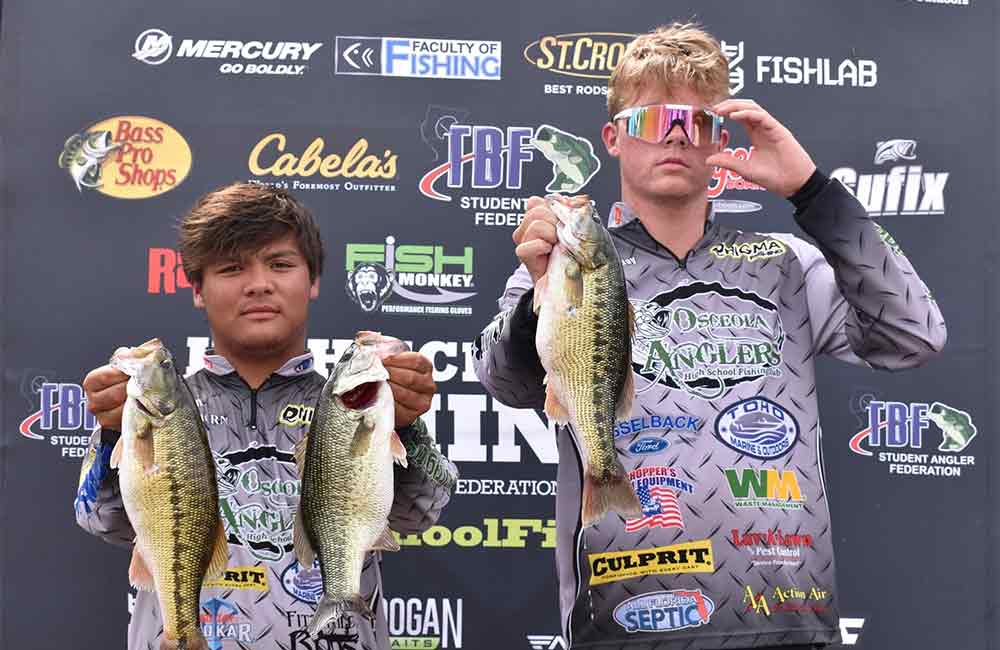 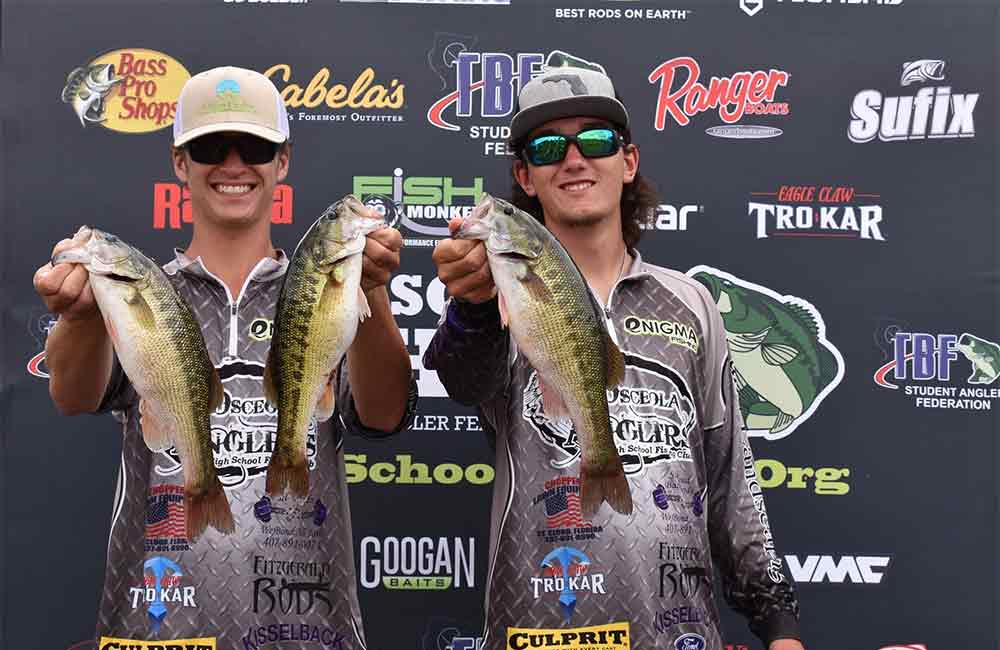 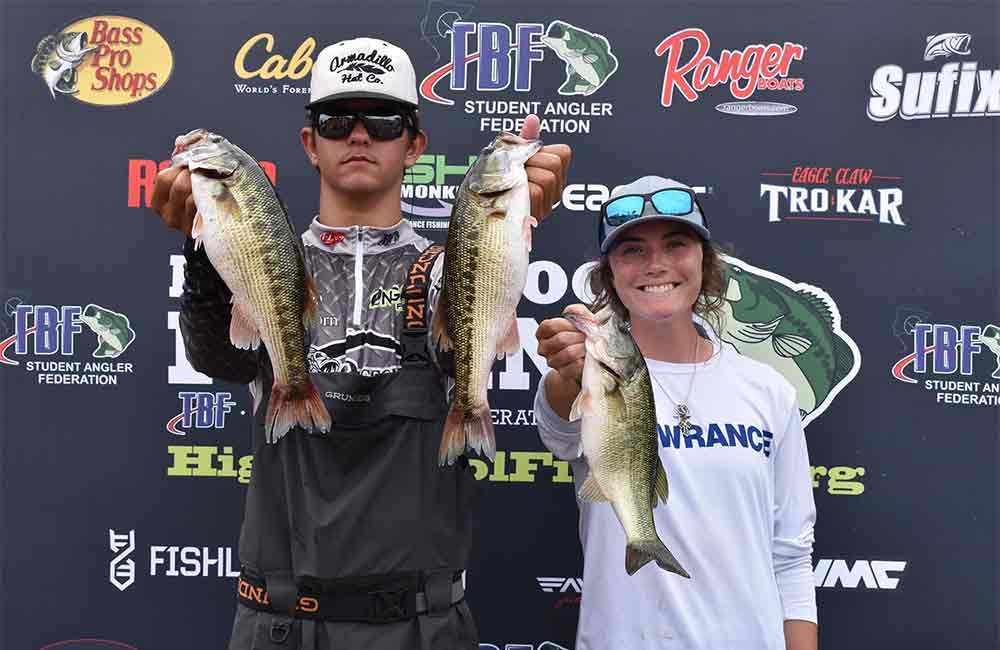 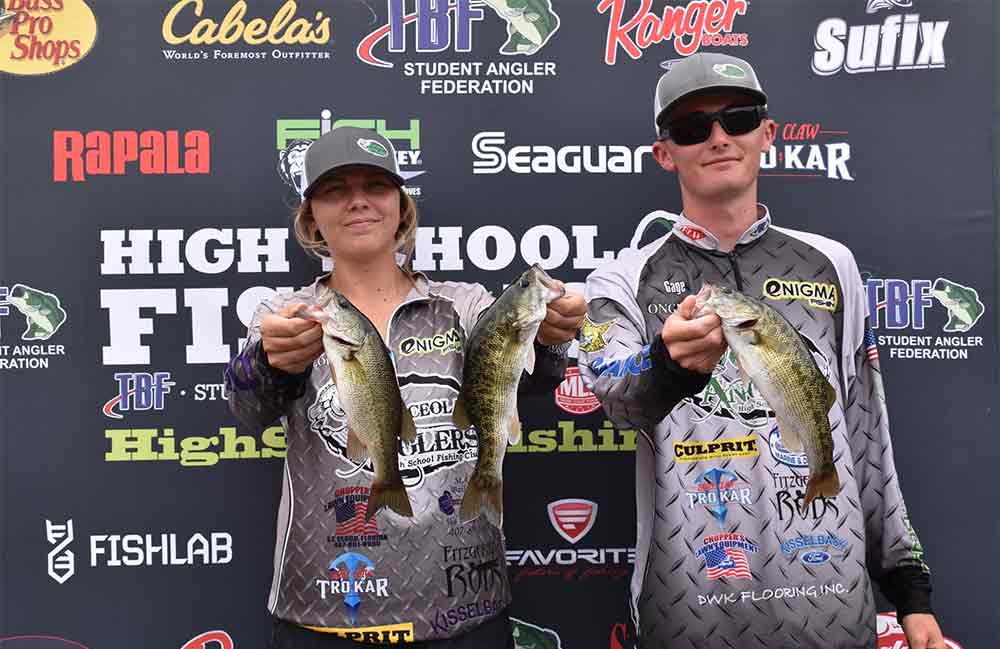 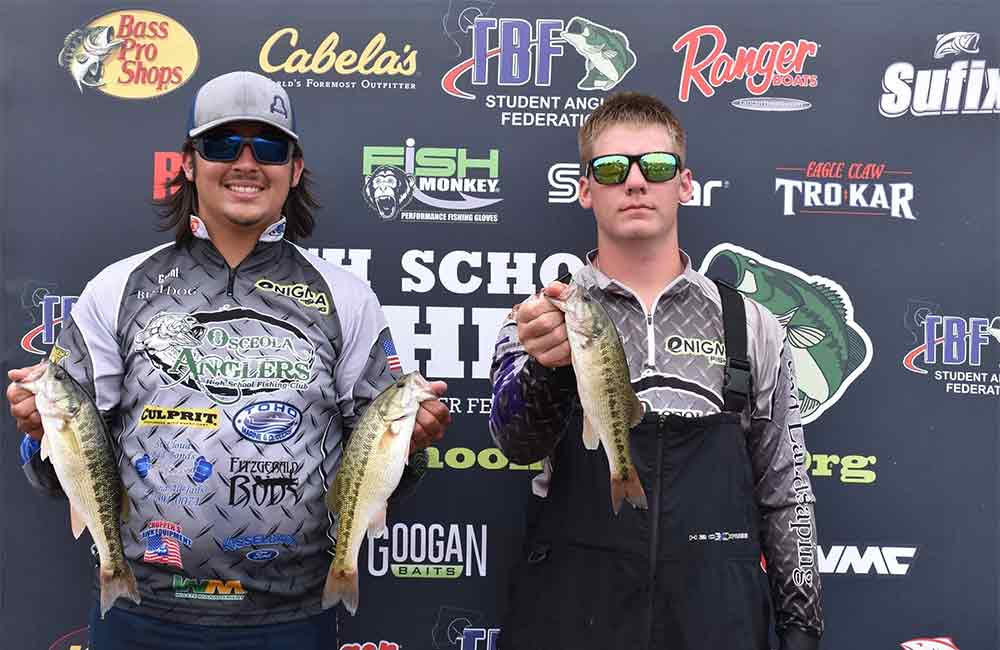 The High School Fishing World Finals and National Championship is open to all Student Angler Federation members and gives talented young anglers an opportunity to compete for numerous education scholarships.

The National Championship prize pool is for those anglers who qualified through any SAF sanctioned event across the country and also had a chance at competing in the World Finals which took place at the same event. The dual event allows student anglers to fish two top-level premier events with their friends, family, and High School class teammates, all during one week.

The Osceola Anglers High School Fishing Club is a student-run club that formed in 2014 with the goal of creating an opportunity for high school students in Osceola County to participate in the sport of Bass Fishing with the purpose of providing a competitive tournament-style fishing experience. The Osceola Anglers through sponsorships and hard work within the community present $8,000 in scholarship money to graduating members every season. The club has started gaining attention from colleges like Kentucky Christian, UCF, Webber, Bethel, SCAD, and others that have taken notice of the student anglers coming out of the local fishing club.

For the Osceola Anglers, it’s not ONLY about fishing. The club holds numerous fundraisers that make it possible for them to support the fight against breast cancer, contribute to causes that support families of fallen officers and childhood cancer, as well as assisting the Florida Fish and Wildlife Conservation Commission in conducting scientific research and installing new artificial fish attractors.

The trip to South Carolina was made possible by a large number of sponsors. For the names of those sponsors look on the Osceola Anglers Facebook Page. 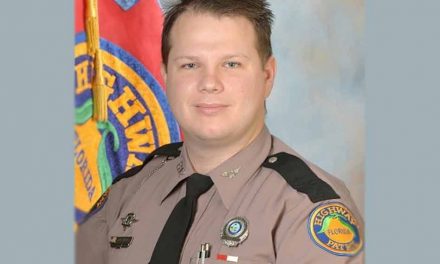 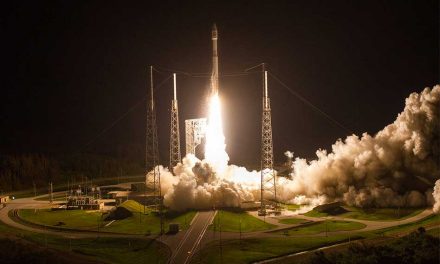 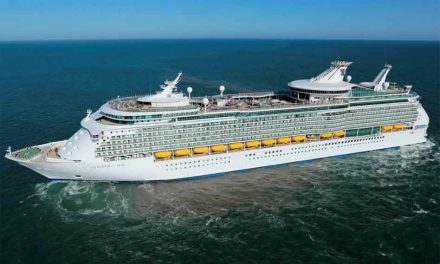 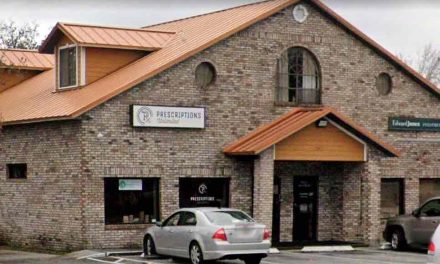