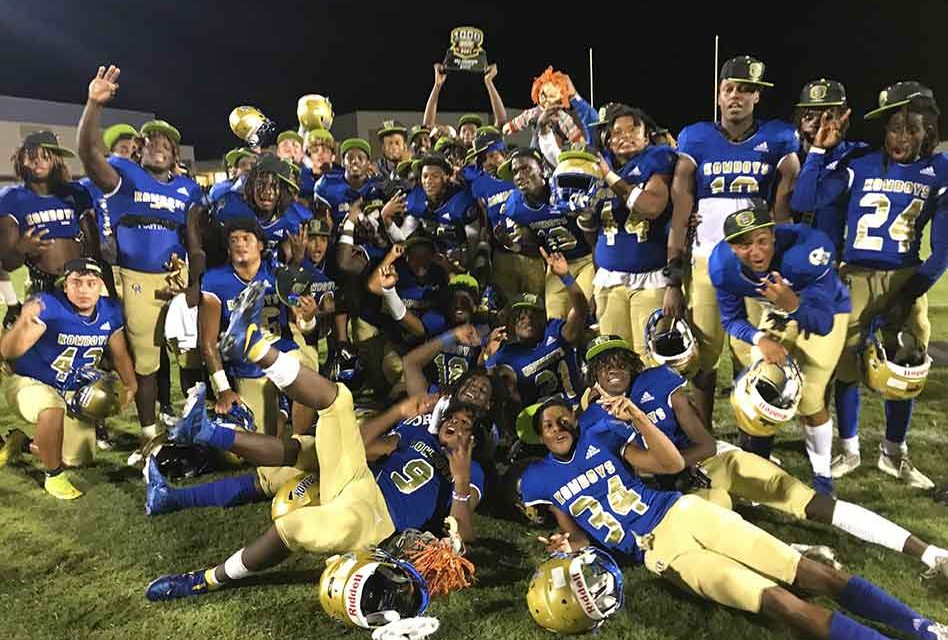 Osceola scored the first time they touched the ball and never took their foot off the gas in dominating St. Cloud, 56-0, in the 98th meeting between the two schools on Monday night.  It was the 11th straight on-the-field win for the Kowboys in the series and gave them a 67-27-4 all-time lead over the Bulldogs.

It was the second game in three days for Osceola, which beat perennial state power Manatee, 48-7, on Friday night and will host Windermere in a district contest in four days.  Osceola, which lost a 21-20 game to Cocoa in its opener, has now won four straight games – outscoring their opposition 213-21 in the process.

“This is probably are most complete game of the season for us,” Kowboys head coach Eric Pinellas said.  “Offense, defense, special teams – we played really well in all three phases.  It’s always nice to do it against a rival but frankly we don’t care who we are playing.  Our plan is always the same–go out, execute our game plan, and try to dominate the opposition.”

If that was the plan, it was definitely was mission accomplished for the Kowboys.

Osceola scored eight touchdowns on just seven offensive possessions in the game, forcing a running clock by jumping out to a 42-0 halftime lead.  In fact the score could have been more lopsided as Osceola had four other touchdowns – including two pick six scores – called back by penalties

“Obviously we would like to clean up those penalties, but some of them were really questionable calls from my point of view,” Pinellas said.  “But we always try to play aggressively, and when you do that you are going to have a few more penalties and that’s something you can live with.” 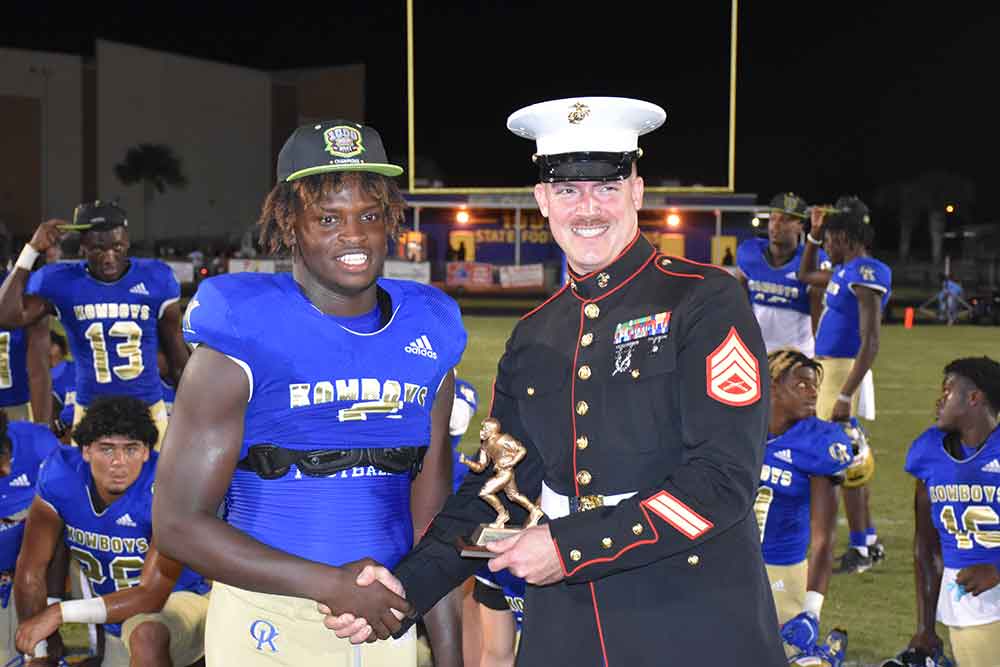 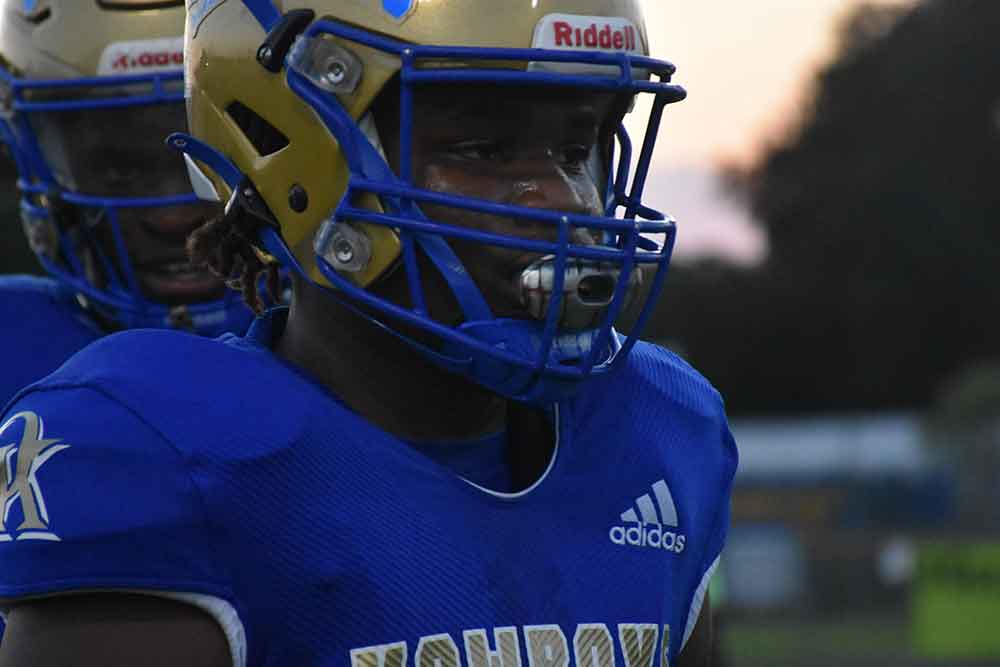 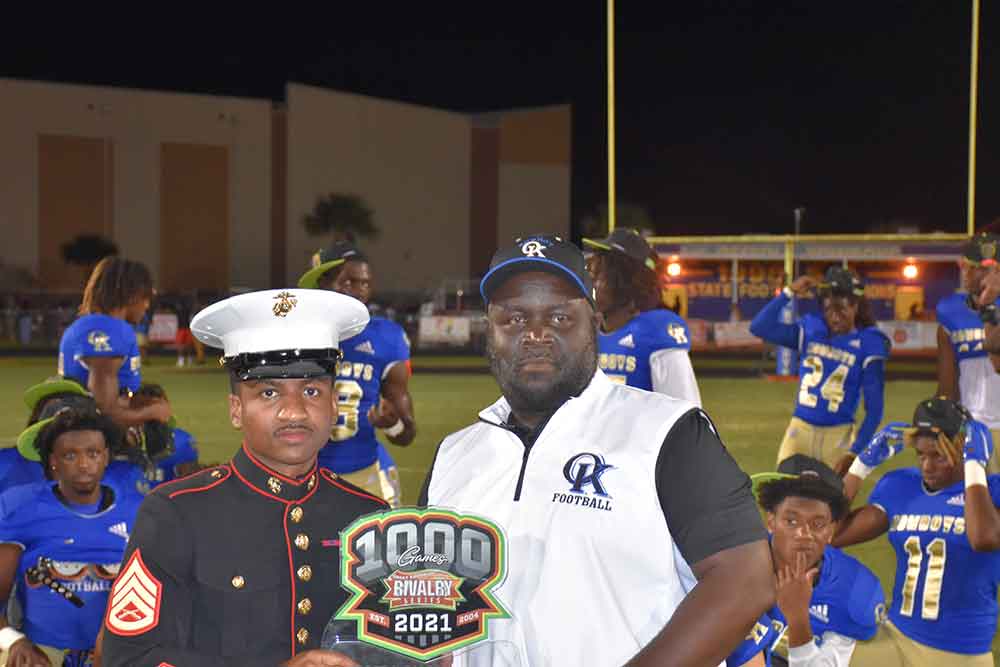 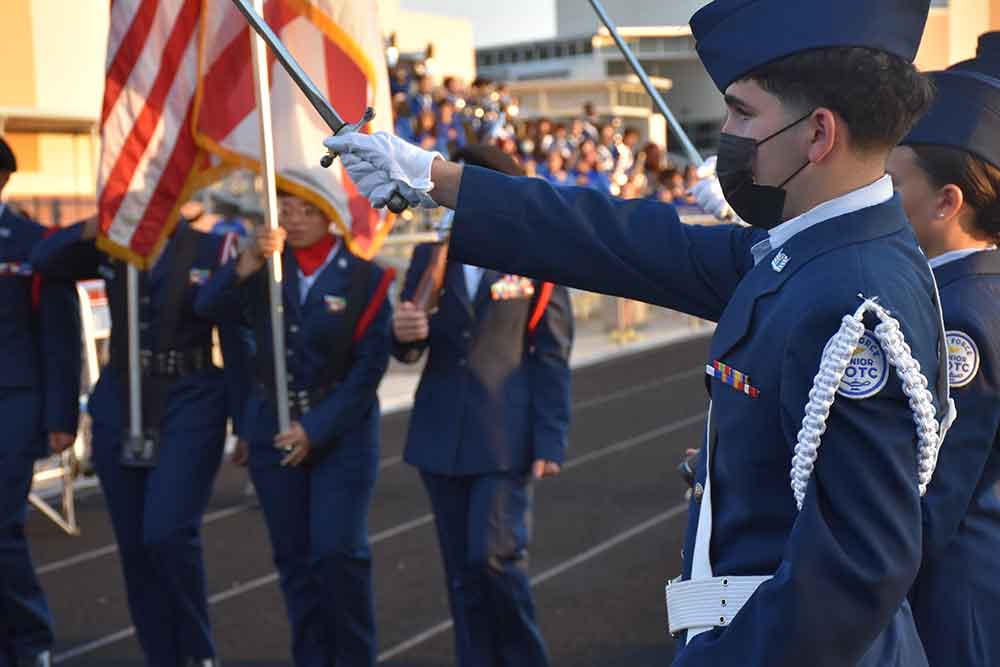 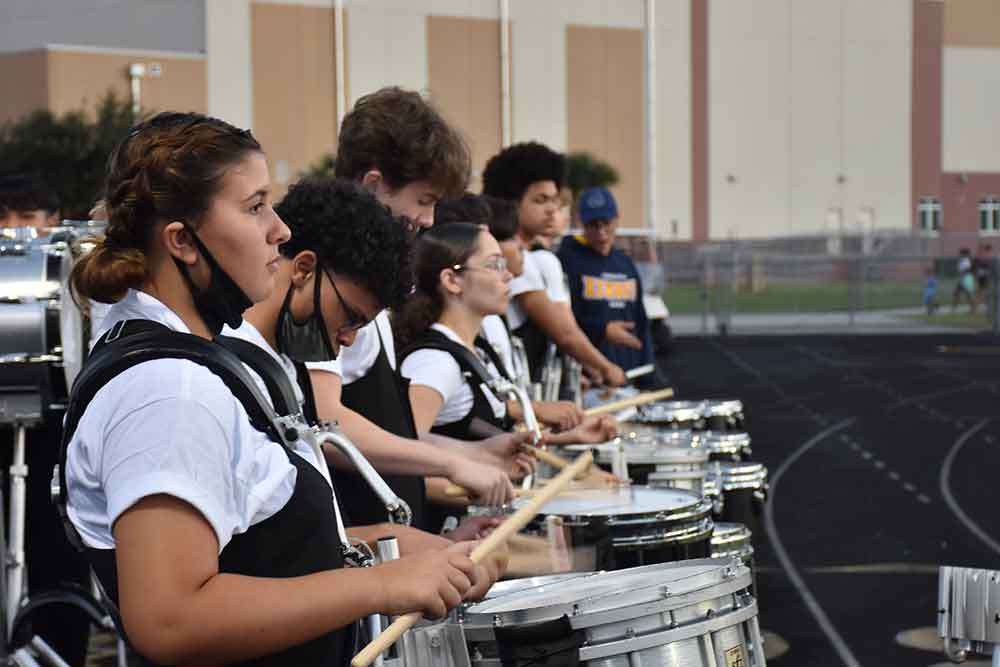 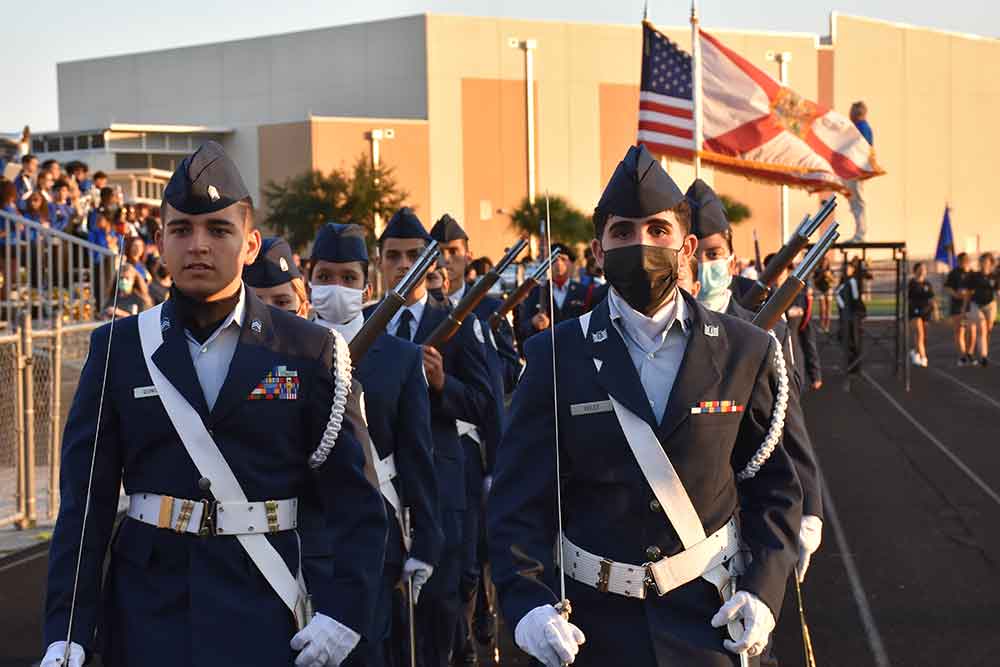 The Osceola domination was total in the first half.

Quarterback Chad Mascoe fired touchdown passes of 45, 40, 35 and 18 yards to four different receivers and Ja’Randy Swint ran for two more scores as the Kowboys built a 42-0 lead in the first half.

In all, the Kowboys gained 337 yards of total offense in the first two quarters on just 30 offensive plays – averaging 11 yards per play.

With the running clock, Osceola had just one offensive possession in the second half – but still managed to score 14 points as Akeem Knox scored on a 29-yard touchdown run and Joel Campbell returned a fumble 39 yards for a touchdown.

For the game, Osceola finished with 403 yards of total offense.  Mascoe was 11 for 14 passing for 204 yards and four scores.  He also rushed for 19 yards on two carries. Swint finished with 8 rushes for 54 yards and two touchdowns.

While the offense was clicking, the defense was totally shutting down the St. Cloud offense.

Osceola defenders had two interceptions in the game and limited St. Cloud to a minus three yards in the first half.  Overall, St. Cloud gained more yards in penalties against Osceola (90 yards) then they did in total offense for the game (50 yards).  The Kowboys defense also recorded 12 tackles behind the line of scrimmage, including one sack.

“There was no secret we were thin on offense and with injuries and other reasons were missing quite a few players for a second straight game,” St. Cloud head coach Bryan Smart said.  “It’s tough enough to play against this team at full strength, but when you have six freshmen in your starting lineup it really becomes a challenge.  But please understand that is not an excuse.  Osceola has an awesome team.  They are well coached and every bit as talented as advertised.  At best this was a learning experience for our young team.” 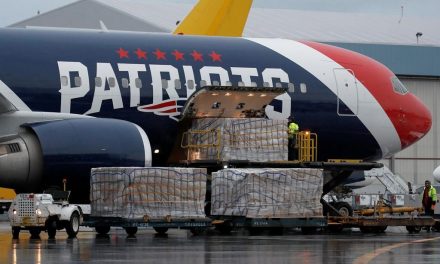 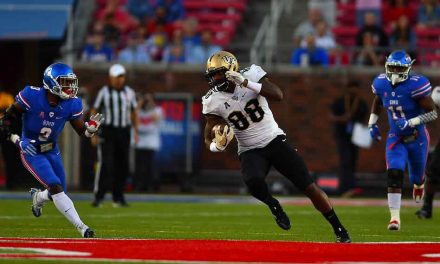 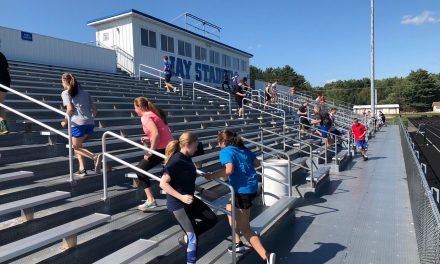 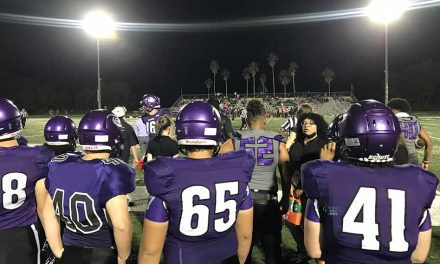