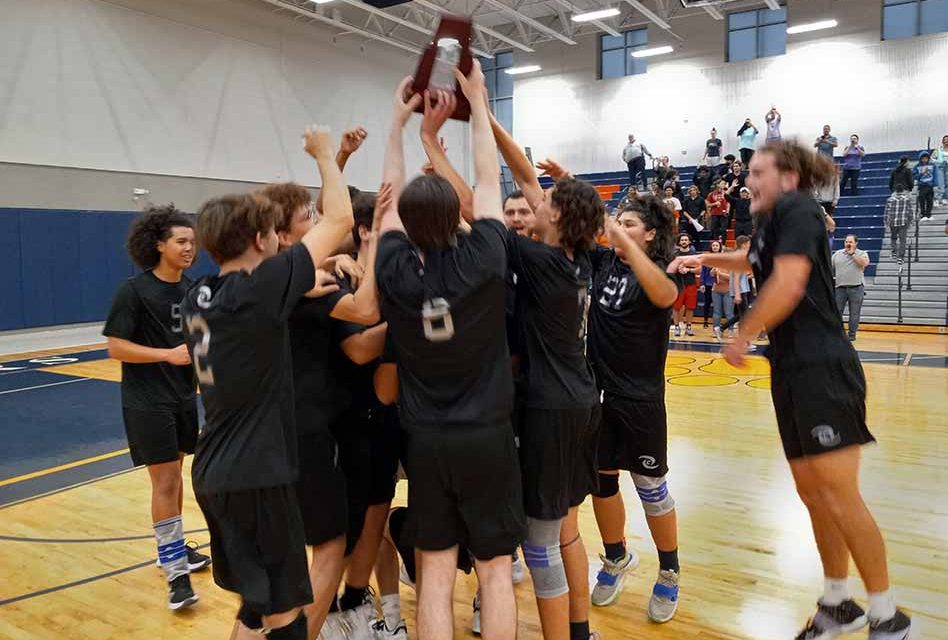 For just a moment, it looked like host Tohopekaliga would force a fifth set showdown with top-seeded Celebration. But the Storm rallied to score eight of the last nine points in the decisive Game 4 to claim the Class 1A, District 11 Boys Volleyball Championship with a 25-19, 25-21, 17-25, 25-22 win.

The victory, Celebration’s second district title in five years, pushed them to 20-2 on the season and insured the Storm would open the Region 2 playoffs at home on Tuesday night. If current rankings hold, Celebration will most likely host District 9 runner-up Lake Nona (15-10).

“Good win against a real good opponent,” Storm head coach Pedro Davila said. “After winning the first two sets, I think we started to relax too much and we did a lot of standing around waiting for Tohopekaliga to make mistakes. You can’t count on that from a good team and unfortunately our sloppy play carried over to the first part of the fourth set.”

After the Storm took a 17-14 lead in the first set, Toho managed to tie the score on a couple of ball handling errors, but a 5-0 Celebration run made it 23-17; before Darion Graham-Roldan eventually finished off the set with a spike from the back line.

Tohopekaliga led for much of the second set but could never quite pull away. Trailing 9-7, the Storm went on a 4-0 run to take the lead behind two big kills by Yael Masionet. Oliver Binet then served up a pair of aces during a 3-0 run to push the Storm lead to 17-13. The teams would trade points the rest of the way before authoritative spikes by Graham-Roldham and Lucas Nieves gave the Storm a 25-21 win.

Tohopekaliga came out strong in game three, building leads of 4-1 and 15-9 before cruising to 25-17 win. Although Jevon Andrew-Brown and Eliel Salva spurred the Tigers to the game win, Celebration did not help their cause by giving Toho seven points on ball handling and service errors, along with one net violation.

A combination of solid play by Andrew-Brown Elija Foster and Salva – combined with some more sloppy play by the Storm—brought a fifth set into play as the Tigers build leads of 7-3 and 16-12 in the final set. When Celebration hit three consecutive serves into the net, Toho had the serve and a 21-17 lead. But things would go south for the Tigers in a hurry. An ace and a couple of service return errors sparked a 5-0 run to give Celebration a 22-21 lead. A Salva kill tied the game, but a touch shot from Graham-Roldham and a thunderous spike from Nieves made it 24-22 and when a block attempt from Salva went out of bounds on the next point, the Storm had secured their District Championship.

“Really proud of how our kids fought back tonight,” Tiger Coach Eric Capestany said. “We had the momentum when we won game three and took the lead in the fourth, but we just could not find a way to close the deal.”

Although the Tigers dropped to 12-7 on the season, Capestany believes his team will be high enough in the rankings to grab one of four regional at-large bids and also felt St. Cloud (18-7) could also garner a wildcard spot. “I think we did enough this season to advance to regionals, but we obviously wanted to win this match and claim the school’s first-ever district championship in boys’ volleyball,” Capestany added.

HARMONY ADVANCES IN FLAG FOOTBALL
Freshman quarterback Martha Edwards threw for three touchdowns and ran for a fourth and fellow first-year player Kinzie James picked off three passes and scored three touchdowns as the Harmony Girls Flag Football Team captured a Class 2A, District 9 Championship with a 32-7 rout over Poinciana on Thursday night.

The win insures the Longhorns (14-2) will start the regional playoffs at home on Tuesday night. “Winning a district championship is big, but getting that first regional game at home is also huge,” Coach Paul Strauch said. “Our region is so spread out that had we lost we probably would have got an at-large bid but there would have been a good chance that a three or four hour bus ride would have been part of the deal.”

As has been the case all year, the Harmony defense carried the day for the Longhorns. James, who dropped a touchdown pass in the first quarter, retuned one of three interceptions for a touchdown and scored two more on offense. “She had that one early mistake and then just dominated on both sides of the ball for us,” Strauch said of the freshman.

The Longhorn defense has allowed just 4.8 points per game this season and had recorded seven shutouts.

“My brother Drew, our defensive coordinator, and the other coaches on that side of the ball have done a great job all year,” Strauch said. “Part of the reason we have created so many turnovers this year is the job Adriana Ross has been doing in putting pressure on the quarterbacks and our two linebackers – Aubrie White and Alexandria Caballos-Means never seem to be out of position.”

Poinciana, which fell to 10-4 on the season, will have to wait to see if they collect one of four available wildcard spots for regionals. 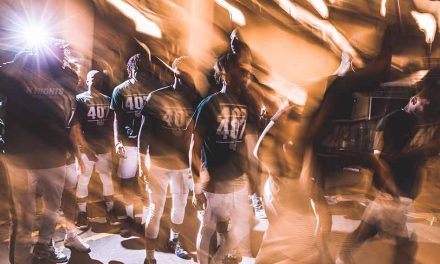 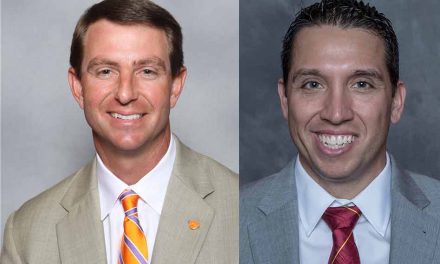 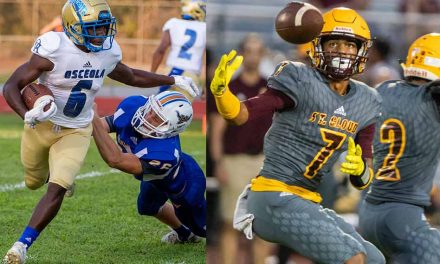