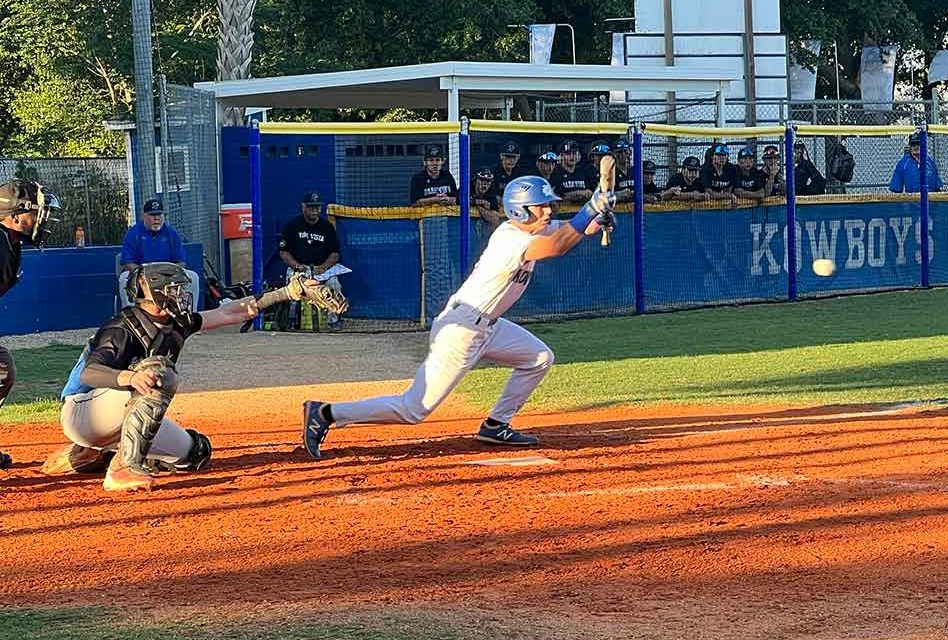 Austin Fawley keyed a five-run rally in the second inning with a grand slam home run to key Park Vista to an 8-4 win over Osceola in an FHSAA Region 3 quarterfinal on Tuesday night.

With Osceola leading 2-1, Park Vista had the bases loaded with two outs when Fawley connected off of Osceola reliever Anthony Melendez on a fly ball to deep right center that rode the wind – barely clearing the fence for his eighth home run of the season.

The Cobras would up the lead to 7-2 an inning later, as Peyton Samuels walked and Javi Sato pounded a long home run to left.

“It was really the key to the game,” Osceola coach Blake Birchler said.  “They were able to get the key hits when they needed them and we just could not answer with that big hit or two when we needed it.”

Osceola would leave 10 men on base in the game, with nine of them being stranded in scoring position.  Five times the Kowboys would put runners on second or second and third, only to see the inning end on a strikeout.

The game started out great for the Kowboys as Isaiah Jena-Baptiste opened the game with a walk and went to third on an errant pickoff attempt.  Nick Palmi would score him on a bunt single and would come around to score himself on a Blake Birchler double.

The Kowboys would score two runs in the fifth to cut the gap to 7-4 and chase Mattison from the game, but the inning would end as relief pitcher Jacob Escro fanned Jason Ramos to end the inning.  Osceola would post a final threat in the sixth, putting the first two runners on base – but Escro would pick Jean=Baptiste off first and struck out the next two hitters.

Park Vista would tack on an insurance run in the seventh for the final margin of victory.

For the game, winning pitcher Mattison (8-1) and Escro combined to strike out 16.  Carlos Negron took the loss for Osceola with relief pitcher Melendez striking out 10 in five and two-thirds innings of relief and allowing four hits – including the two home runs.

Ramirez and Edwin Melendez each collected two hits for the Kowboys.

“This was a fun group of players to coach,” Birchler said.  “This group played hard every game, they won 20 games and a district championship.  Our 10 seniors set a great example for the underclassmen coming back next year.” 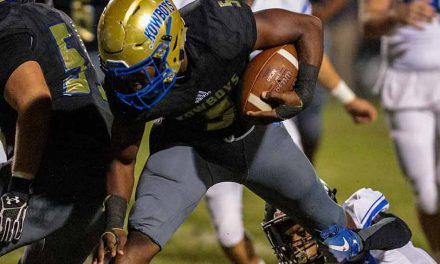 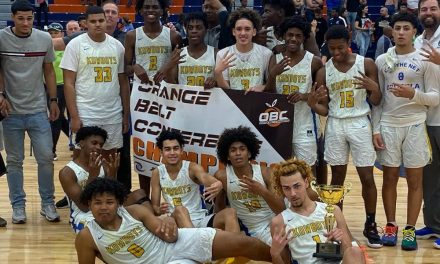 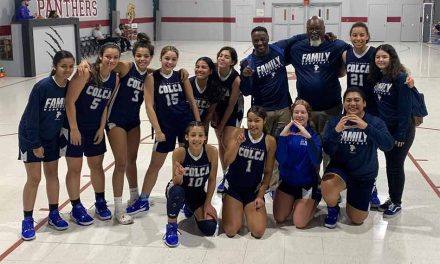 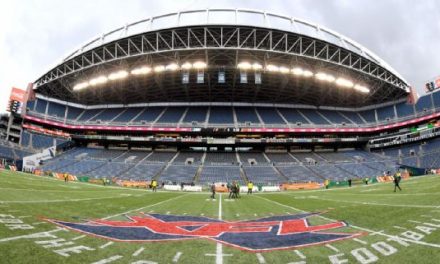 An ex-league: the XFL is no more, and likely may be done for good, ESPN reports