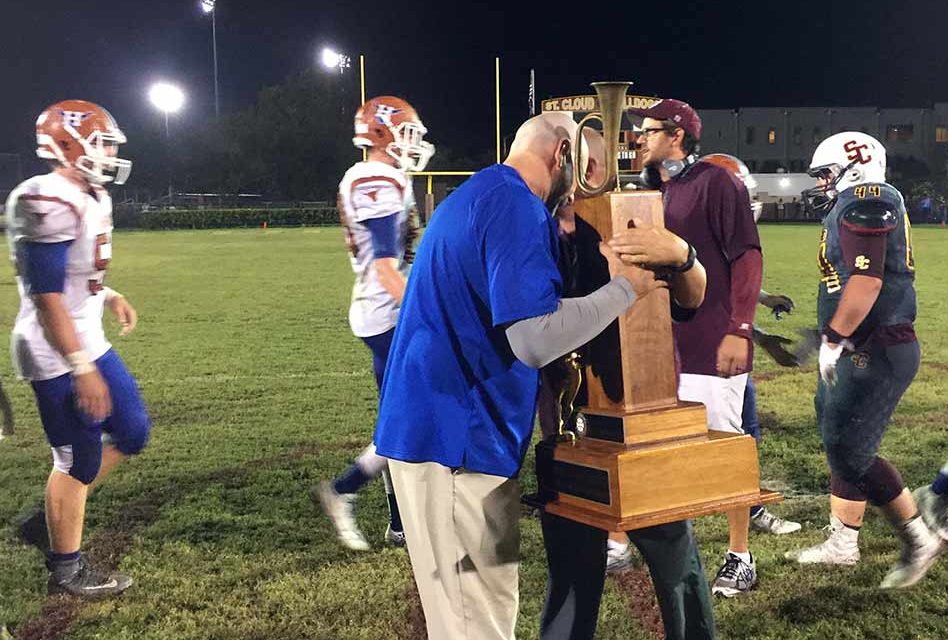 The Harmony Longhorns came into the Friday night matchup against the St. Cloud Bulldogs looking to regain control of the rivalry’s trophy, the Brass Bugle! The status of the rivalry was all tied up at 6-6, and Harmony’s new coach, Don Simon, seemed to have his team well prepared to take home the trophy, which hadn’t happened since 2014.

The Longhorn’s quarterback Nate Herstich completed 9 of 23 pass attempts for 197 yards and three touchdowns. Running back Jordan Spoonhour ran 15 times for 65 yards for the Longhorns and wide receiver Lane Hickey had a big game scoring 2 touchdowns.

The Bulldogs struck first in the first quarter and jumped out in from 7-0, but Harmony came to play and exploded the score to 20-7. St. Cloud reminded Harmony quickly where the game was being held, in St. Cloud, and struck back to even the score at 20. With 12 seconds left on the clock in the 1st half Herstich connected with Lane Hickey in the end zone and ended the 1st half up 27-20 as the rain started to drench the players and fans alike.

Both schools’ marching bands refused to let the sudden wet weather slow them down as they performed marvelously for the fan packed stands. The rain continued to pound the game, but let up as the 3rd quarter kicked in on a very wet Bulldog field.

St. Cloud took advantage of their bad snap when Bulldog quarterback Colt Smith found Seth Johnson on a one-yard pass bringing the game to 29-27 as they entered into the final quarter of play.

Harmony scored quickly in the 4th quarter on a pass from Herstich to La’Ron West but once again they point after attempt failed with a blocked kick, leaving the score at 35-27 Longhorns until Bulldogs QB Colt Smith completed a 20 yard pass to Justin Gleason making it a 35-33 point game. The Bulldogs’ 2 point conversion failed with 3:18 left on the clock.

Harmony was able to burn down the clock on the ground after picking up 3 big first downs, and Coach Don Simon was immediately handed the Brass Bugle by St. Cloud’s head coach Bryan Smart.

Next week the Longhorns will host Windermere and the Bulldogs will welcome the Liberty Chargers to their home field! 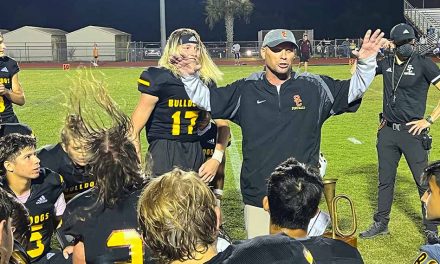 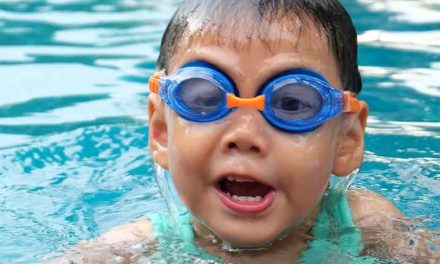