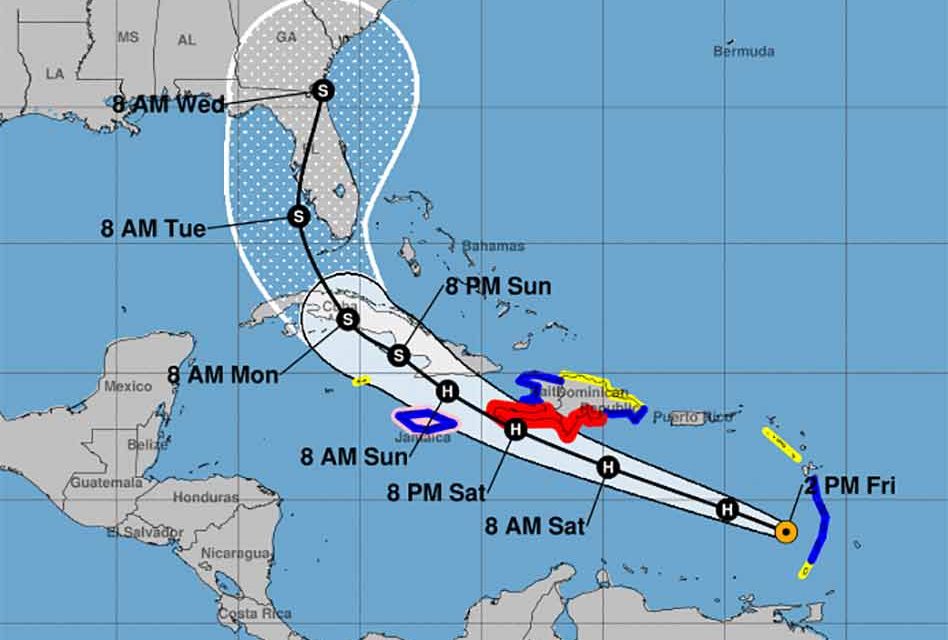 Hurricane Elsa is continuing to rush towards Florida at about 29 mph as it impacts the Windward Islands with hurricane conditions.

At 2 pm the center of Hurricane Elsa was located near latitude 13.7 North, longitude 62.5 West. Forecasters at the National Hurricane Center Elsa may decrease in forward speed a bit Sunday night.

The category one hurricane will spin away from the Windward Islands over the next several hours, according to NHC, and move into the eastern Caribbean Sea late Friday night.

By late Saturday Elsa will likely move near the southern coast of Hispaniola and then travel onto Jamaica and eastern Cuba.

Elsa is expected to slow down a bit after some land interaction in the Caribbean and should reach South Florida by Tuesday morning with the center of Elsa passing over Central Florida by early Wednesday, according to the National Hurricane Center.

However, there is significant doubt in the track’s forecast at this point, the NHC said. Discrepancies in the track have made meteorologists’ confidence in the projection “lower than usual,” the NHC shared.

The National Hurricane Center also says we can expect little change in the next 48 hours. 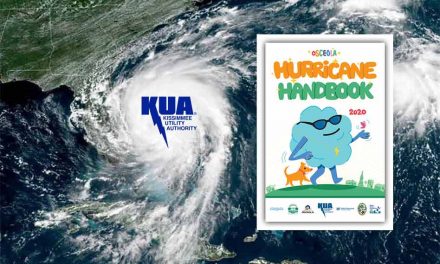 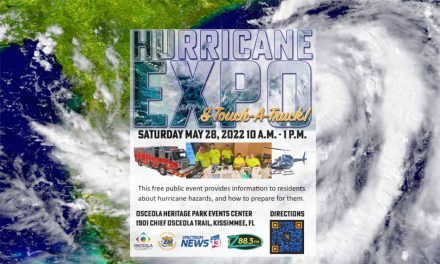 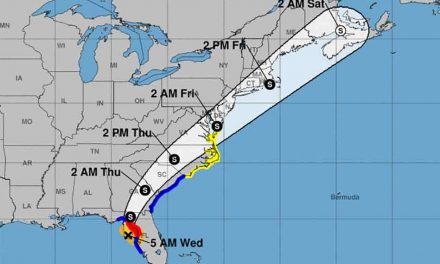 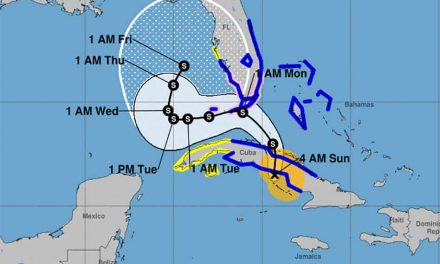 Tropical Storm continues to strengthen and edge closer to Florida