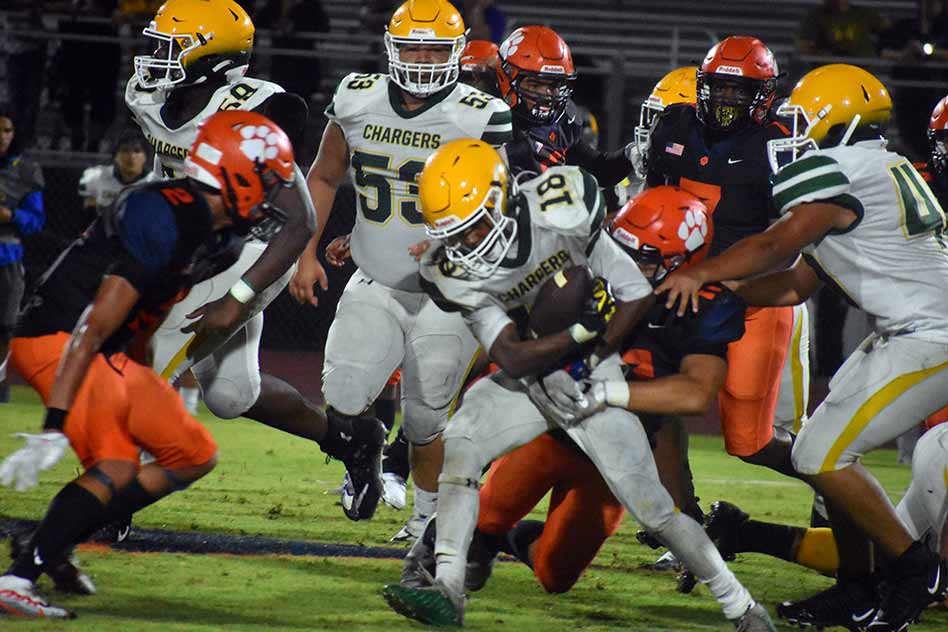 After being named head coach on Aug. 4 – three days AFTER the start of fall camp – new Liberty football boss Antony Smith faces a ton of challenges as he hopes to continue the path to success that Brett Munroe started last season. The Chargers opening game unfortunately didn’t go their way as they lost to the Tohopekaliga Tigers 49-0.

Smith was selected by new athletics director Lonnie Flores after Munroe stepped down in late June for health reasons. A replacement search, followed by paperwork that had to be completed, kept Smith from taking over until after fall practices started. It’s been a whirlwind of duties, as Smith has been busy recruiting players from the general student body, getting to know his assistant coaches and installing his offense and defense with this new team.

“Learning the names of my players,” was Smith’s half-joking response when asked what the first few days were like. “Every day gets a little better and a little more organized but there has been a lot of challenges and very little time to find answers.”

One of his main goals is to hopefully build on the momentum Brandon Pennington and Munroe created in the last two years. After a 1-10 campaign in 2018, Pennington went 4-6 the next year and Munroe won five games last season — but were just a few points short of an 8-2 season.

Pierre-Louis threw for 561 yards and five touchdowns last season, while rushing for 146 yards and one other in seven games last season. Smith will keep the spread offense in place to maximize Pierre-Louis’ skill set. “He’s a tremendous athlete and has looked good in the pre-season,” he said. “Right now our biggest issue is depth. At the opening of camp we only had about 24 players in uniform. We had an open house on Aug. 6 and about 45 kids expressed an interest in playing. If we can get the majority of those players out, it will help us significantly.”

Smith is hopeful that sophomore Jaylin Vaughan can step in and become the Chargers’ featured running back this season. Vaughan will replace departed senior Kervalis Scott, who rushed for nearly 900 yards last season. Victor Hernandez and Matt Tyler have stood out at wide receiver in the early going; as will Jerry Raymond – the only returning player to catch a pass in 2022.

“Between those guys, new players and a few transfers, I am not too worried about what we lost to graduation. Historically, Liberty has always had some good athletes and hopefully we will find those guys and they will emerge,” Smith said.

Defensively, Liberty will employ multiple formations. Junior transfer linebacker Julius Chaves, senior defensive end Damarco Howard, and Tyler – who will play both ways – at defensive back are expected to be the leaders of the Charger defense.

Smith says installing his system and building numbers will be the main goal in his first season.

“Obviously any new coach and system is going to take some time to install and get everyone on board with and we are going to have our share of challenges to overcome, especially with the late start we had,” he said. “But the players have been responsive to what we are trying to do. Our goal is to just try to get better every day.” 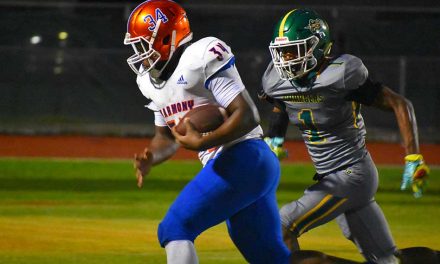 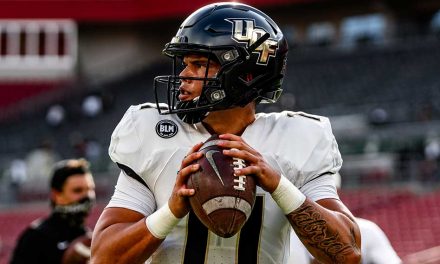 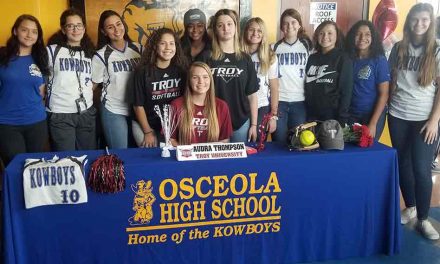 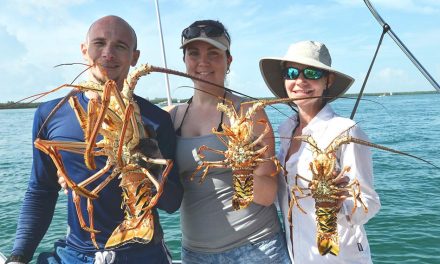