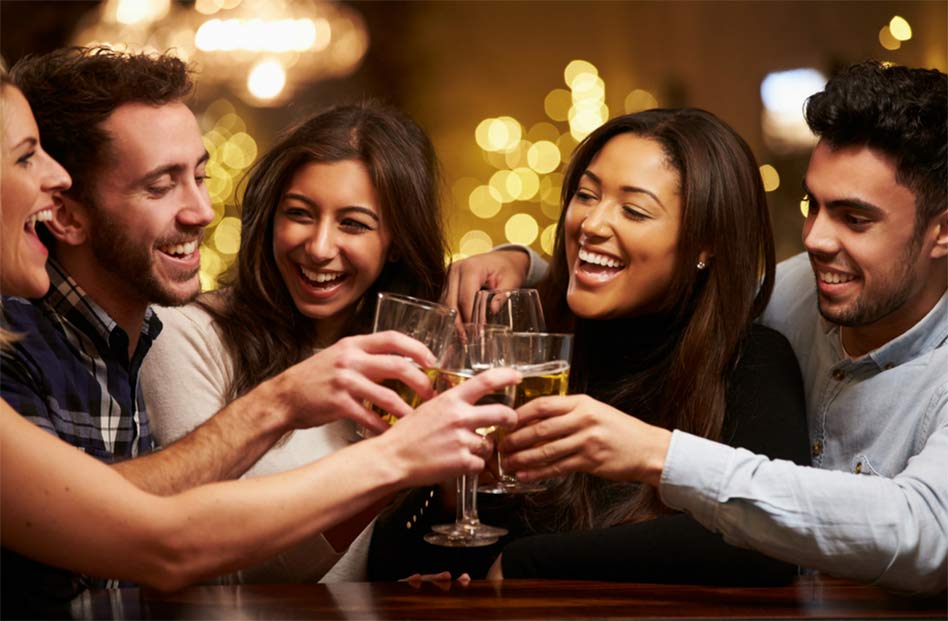 Drinking even moderate amounts of alcohol can possibly damage the brain and impair cognitive function over time, researchers have claimed.

Many studies in the past have shown that heavy drinking is detrimental to good health, including memory challenges and even dementia, but a new study pushes back against the notion that moderate drinking has certain health benefits.

“We knew that drinking heavily for long periods of time was bad for brain health, but we didn’t know at these levels,” said Anya Topiwala, a clinical lecturer in old age psychiatry at the University of Oxford and co-author of the research.
Writing in the British Medical Journal, researchers from the University of Oxford and University College London, describe how they followed the alcohol intake and cognitive performance of 550 men and women over 30 years from 1985. At the end of the study the team took MRI scans of the participants’ brains.

None of the participants were found to have an alcohol dependence, but their levels of drinking did vary. The research team looked at participants’ alcohol intake as well as their performance on various cognitive tasks, as measured at six points over the 30 year period.

After taking into account a host of other factors including age, sex, social activity and education, the team found that those who reported higher levels of drinking were more often found to have a shrunken hippocampus, with the effect greater for the right side of the brain.

The structure of white matter was also linked to how much individuals drank. “The big fibre tracts in the brain are cabled like electrical wire and the insulation, if you like, on those wires was of a poorer quality in people who were drinking more,” said Topiwala.

In addition, those who drank more were found to fare worse on a test of lexical fluency. “[That] is where you ask somebody to name as many words as they can within a minute beginning with a certain letter,” said Topiwala. People who drank between seven and 14 units a week were found to have 14% greater reduction in their performance on the task over 30 years, compared to those who drank just one or fewer units a week.

In addition, the majority of the study’s participants were men, while reports of alcohol consumption are often inaccurate with people underestimating how much they drink – an effect that could have exaggerated the apparent impact of moderate amounts of alcohol.

Dr Doug Brown, director of research and development at Alzheimer’s Society said that the new research did not imply that individuals should necessarily abstain from alcohol, instead stressing that it was important to stick to recommended drinking guidelines.

In 2016, the Department of Health introduced new alcohol guidelines in the United Kingdom, recommending that both men and women drink no more than about six pints of beer or seven 175ml glasses of wine.

“Although this research gives useful insight into the long-term effects that drinking alcohol may have on the brain, it does not show that moderate alcohol intake causes cognitive decline. However, the findings do contradict a common belief that a glass of red wine or champagne a day can protect against damage to the brain,” said Brown.

Osceola County has added an average of less than 10 cases per day in the last week, now at 431