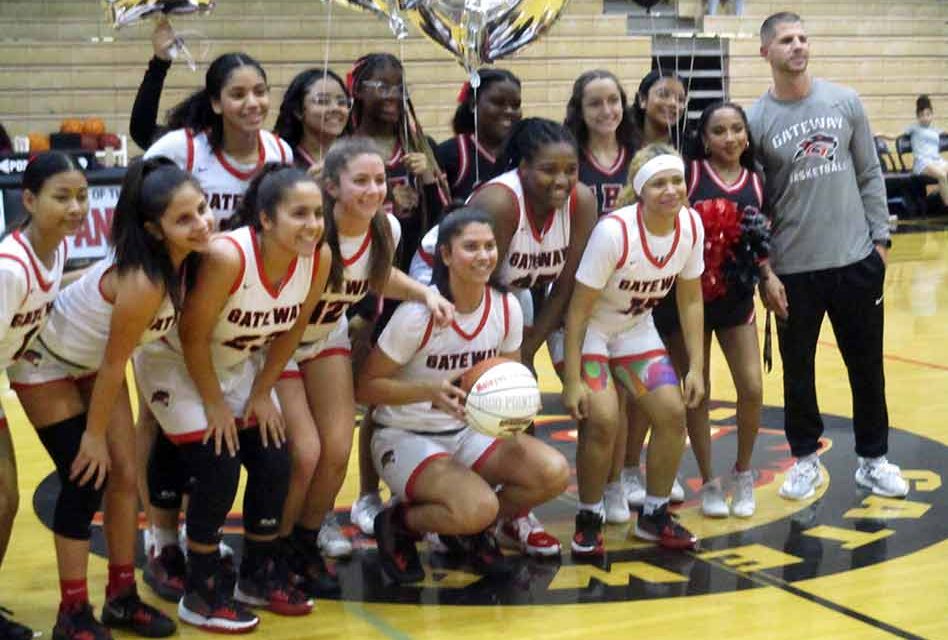 Two Orange Belt Conference championships will be contested this week as tournaments will be held in both boys’ soccer and girls’ basketball, while the Osceola boys wrestling team will compete for a state championship this weekend when they host the 5th Annual FHSAA State Dual Championship meet on Jan. 20-21.

Here is a look sports around Osceola County this week:

Fresh off a huge 66-60 home win last Thursday against Lake Mary, the Gateway Panthers (15-4) will be the top seed in this week’s Orange Belt Conference championship tournament. Gateway, behind a 26-point effort from Malayna Stevenson, outscored Lake Mary 20-6 down the stretch to pull out the win over the talented 16-3 Rams team.

Seeking its first OBC Girls’ Basketball title in school history, Gateway will host a first round game against #8 seed Liberty (0-16) at 8 p.m. on Tuesday night.  Although upstart Harmony (10-3) may have something to say about it, the Panthers are most likely headed for another showdown with second-seeded St. Cloud (14-5) for the title.  In last year’s race for an OBC crown, which was round robin play because of Covid restrictions, St. Cloud denied the Panthers their first title with a 60-55 win in last February.

Should the two schools collide in the finals, it would not be the first meeting between the two schools this season as they played in the finals in a Holiday Tournament in Melbourne over the Christmas break.  Although St. Cloud won that game by double digits, neither head coach is putting a lot of stock in that result.

“We were missing a key player and I think they had several starters out,” St. Cloud coach Chad Ansbaugh said.  “If we are fortunate enough to get to the finals and face them, we know it’s going to be a dog fight.  We have a ton of respect for Coach Marino and his team.”  Gateway coach Justin Marino parroted the remarks.  “The kids from both schools have been rivals since middle school and that matchup will be a huge challenge for us,” he said.  “St. Cloud is talented and well coached and they will have home court advantage.  Our work will be cut out for us.”

Tuesday’s first round and Thursday’s second round will be held on the home court of the highest seeds.  St. Cloud has been selected as the host site for the finals, with the third place (5:30) and championship game (7:30 p.m.) on campus on Friday. Check out Positively Osceola’s Facebook, Instagram, and Twitter pages for game results on Saturday.

Celebration, long the most dominant boys’ side in Osceola County soccer, will attempt to complete a sweep of OBC titles as they enter this week’s tournament as the top seed.  Ranked 8th in the state in Class 7A, the Storm will open the tournament by hosting Liberty (2-11) on Tuesday night.  In December, the Celebration girls won their first ever OBC Championship with a win over Harmony.

The Storm has played a difficult schedule to date.  Jose D’lima leads the team in scoring with four goals; but a balanced attack has always been the key for the Storm – with 12 different players scoring for them this season.  Other top players in the tournament include Harmony brothers Dilan and Brando Castro (5 goals each); and Tohopekaliga junior striker Joel Rivera (5 goals); and the explosive Gateway Panther duo of Juan Cardenas (9 goals, 4 assists) and Matt Vargas (3 goals, 6 assists).

With Gateway serving as host institution, Panther head coach Sagar Patel believes his team has a chance to make a strong run in the tournament and perhaps win the title.  “The keys for us to have a successful tournament will be to stay grounded, keep doing what we have been doing well, and to take it one game at a time. We can’t take anyone for granted as the competition is balanced. The boys know that they can trust each other, and just need to do the simple things right 99% of the time,” Patel said.  “With us hosting, we will have the parents and our fans behind us and our kids always seem to respond to that.”

The FHSAA will host its 5th annual State Duals Championship this weekend at Osceola High School and for the fifth consecutive year, the Kowboys have made it to the final eight.  Osceola got there on Thursday night by defeating both Strawberry Crest (48-31) and host Steinbrenner (55-20) in upper half of the Region 3 Tournament to advance.

Kowboys defending state champions Anderson Heap (142), Cooper Haase (150) and Gunner Holland (170) all went 2-0 in the regional, but head coach Rick Tribit was not entirely happy with his team’s performance – especially in the narrow win over Strawberry Crest.  “We had some people out with injuries, but I still thought we were a little lackadaisical in that match.  We had a little chat after that contest and wrestled much better in the Steinbrenner match.”  Tribit went on to add that Friday night’s state quarterfinal match Palmetto Ridge would be a challenge.  “They are stout,” Tribit said of Ridge.  “We have a couple of wrestlers dealing with injuries right now and hopefully we have them all back Friday night because we are going to need every point possible to advance to Saturday’s semifinal.”

After qualifying for the 2A state duals title the first three years and the 3A title last year, Harmony missed a trip to the state finals for the first time ever when they lost a tough 46-36 decision to host Ft. Pierce Central in the Region 2 Tournament.  Injuries played a key role for the Longhorns, who ended up forfeiting two weight classes.

Over this past weekend, Harmony joined host St. Cloud and three other county teams at the prestigious Cousin Milton Winters Memorial Tournament.  South Dade, the top class 3A team in the state for the better part of the last two decades, won the team title with 302 points; while the Longhorns were a solid second (183.5).  Other county teams that competed in the 24-team tournament included Tohopekaliga (4th-156), Poinciana (11th-94), Gateway (13th-63.5) and the Bulldogs (17th-56).

Harmony placed eight wrestlers on the podium, including a first place finish by Nelson Toro at 285 and second place finishes by Shawn McAllister (138) and Rey Ortiz (132).  Toro, who will be one of the favorites at the state tournament in March, remained undefeated on the season at 30-0; while McAllister and Ortiz both pushed their season records to 31-2 on the season.

Other county wrestlers to win individual titles included Tohopekaliga’s Egan Gustilo (113) and Poinciana’s Landon Trigueros, who went to 21-1 on the season with a win at 106-pound weight class.  Luis Rosario (182) took a second for the Tigers; while Rafael Rodriguez (145) reached the podium for the Eagles with a fifth place finish.  Gateway’s top performers included Elijah Abreau (3rd -285) and Meison Broche (4th-152); while John Fernandez (3rd-182) and Antonio Colantanio (5th-285) earned medals for St. Cloud.

South Dade had seven individual champions, including one the nation’s top wrestlers in Sawyer Bartelt (25-0) at 225.

Seedings for next week’s Orange Belt Conference Tournament boys basketball tournament will be announced on Tuesday, but Harmony (13-3) most likely will grab the #1 seed.  Coach Duke Leonardo’s team will take a five-game winning streak in to Tuesday night’s road game with Vero Beach.  Although the Longhorns do not have a scorer averaging in double figures, Leonardo has been using two rotations of five players each to great success this year.  The two teams play almost equal minutes and have provided a defensive spark for Harmony.

A combination of an extremely difficult schedule and a really young team has found traditional county power Osceola with a 7-11 record following a 42-41 road loss to North Marion on Friday night.  It was the fourth loss by Osceola this year by three or fewer points.  The Kowboys will attempt to get back on the winning side on Tuesday when they face Gateway (8-8), a 53-47 winner over Tohopekaliga (7-7) on Friday.   The Panthers took a narrow 64-63 decision over Osceola in the first meeting.

Despite a 1-0 loss to Bartow last week, Celebration continues to enjoy a great season with an 11-2 record.  The Storm will most likely be favored to win their final two regular season games against Osceola and Liberty as they begin final preparations for the Class 7A District 9 Tournament that will begin next week.

That district tournament is an all-Osceola district that includes Harmony, Osceola, Poinciana and Tohopekaliga. Celebration, led by senior Erin Ozyurek (16 goals) and sophomores Ellie Armstrong (14 goals) and Anna Balba (11 goals), are 7-0 this season against district opponents this year.

Gateway (5-3) has a Tuesday matchup with Mater Brighton Lakes Academy (1-9) before starting its Class 5A, District 6 Tournament next week.  St. Cloud, a 4-0 loser to Harmony last week, will take a 5-7 mark into Monday’s regular season finale against East River (0-10) as it preps for the Class 6A, District 7 Tournament. Harmony, 8-3-3, finishes its regular season with a home game against Osceola (1-13-0) on Wednesday and a road contest Winter Springs (3-9-0) on Thursday.   The Longhorns will most likely be the biggest threat to Celebration in Districts, as they lost a tight 2-1 game to the Storm in the OBC Tournament in December. 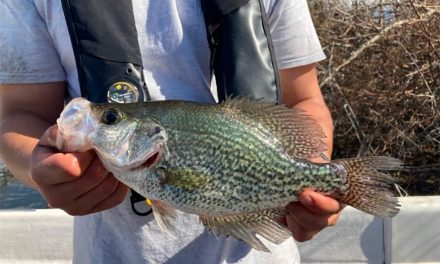 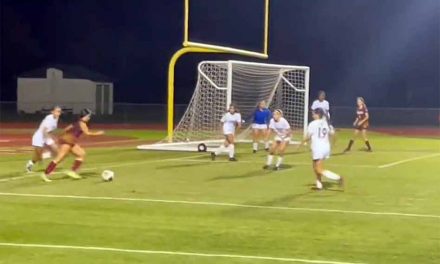 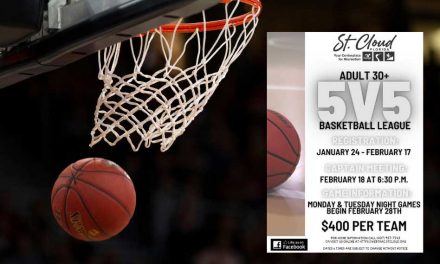