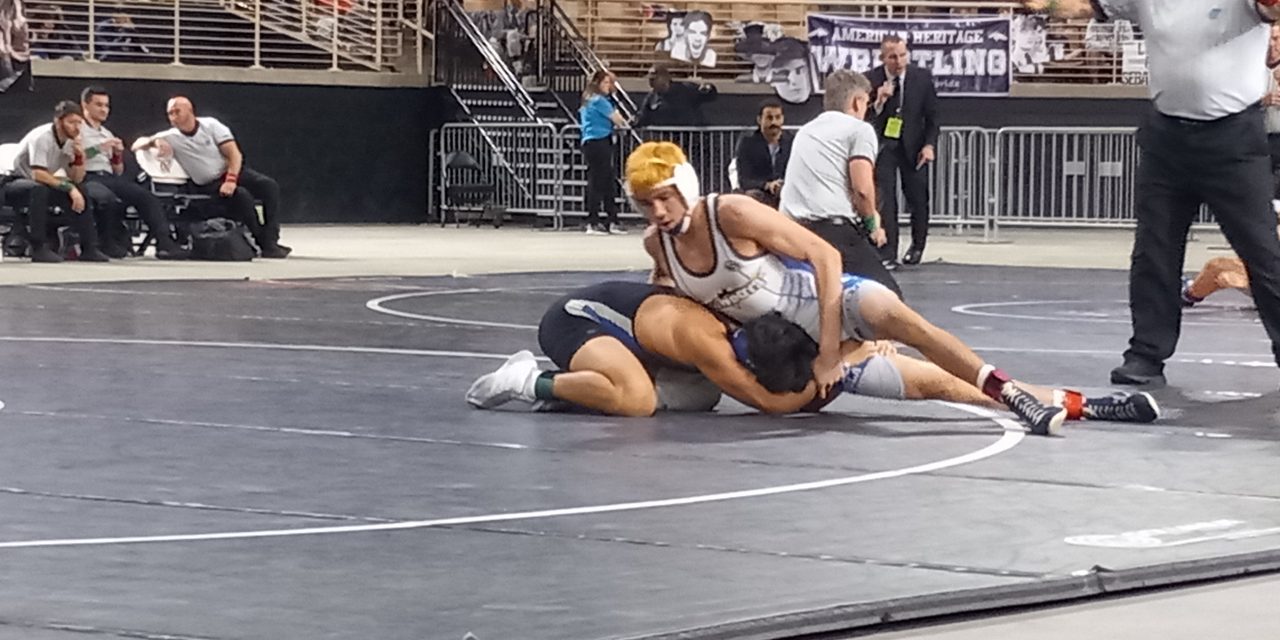 Osceola advanced to the FHSAA Class 3A State Dual Meet Championships for a fifth consecutive year on Thursday with a victory at regionals.

Meanwhile, a pair of Orange Belt Conference titles will be up for grab next week as both the boys’ soccer and girls’ basketball championships will be held.  Both tournaments will be bracket style tournaments with the highest seeding hosting the early rounds.

Here is a look at all the sports around the county:

As expected, both Harmony and Osceola advanced to FHSAA Dual Regional Championships that were held last night, but it was not as easy as expected for the Longhorns.

Osceola, the top seed in Class 3A, District 5, received a first round bye before cruising past Haines City (61-18) in the semifinals and taking a 49-27 win over George Jenkins in the finals.   Evan Martinez (120), Anderson Heap (145), Cooper Haase (152), Gunner Holland (170) and Jomar Sanchez (220) all picked up a pair of wins for the Kowboys – who won their fifth consecutive district title.

Poinciana defeated Celebration (45-33), lost to George Jenkins (58-9) and came back to defeat Davenport Ridge (51-18) to claim third place in the 3A, D5 meet.  Landon Trigueros (113) and Rafael Rodriguez (145) went undefeated in the tournament for the Eagles.  Celebration wrestled to a fourth place finish with a narrow 41-36 win over Haines City.  In the penultimate match of the contest, Alea Morales (106) clinched the winning points for the Storm by pinning Christian Muniz at the 4:57 mark of the third period.

In Class 3A, District 9, Harmony had to overcome injuries to finish second and advance to regional competition.

The Longhorns had a tough road in the districts, as Harmony lost two starters to injuries in Carson Estrada and Anthony Falotico.  With a short squad, Harmony lost to Freedom, 42-40, and had to come back to beat host Tohopekaliga in the second place match, 50-24.    The Longhorns won their other two matches in the tournament, beating Oak Ridge (78-6) and Colonial (69-9). Five Harmony wrestlers went 4-0 on the day, including Tristan Horn, Landon Davis, Rey Ortiz, Carlos Rodriguez and Nelson Toro.

Late yesterday, Osceola remained alive for a possible state championship by advancing out of the top half of the regional bracket despite missing several starters out of their regular lineup.  The Kowboys defeated Strawberry Crest (48-31) and host Steinbrenner (55-20).  The Kowboys were without several regulars, including Edgar Martinez at 120-lbs.  (family matters) and their normal starters at 140 and 285 (injuries).

Still head coach Rick Tribit said he saw both good and bad in the meet.  “Against Strawberry Crest in the first round, we were really flat.  I was disappointed in how we went about our business and gave them a little talk before the next round.  They really responded well and took it to Steinbrenner.”

Osceola’s trio of defending champions, Cooper Haase (150), Anderson Heap (145) and Gunner Holland (160) all won two matches for the Kowboys but Tribit added he was pleased with the performance of several backups, including Felix Rodriguez (120) and Kealoni Vega (106), who both got pins against Strawberry Crest.

In the Class 3A, Region 2 meet, Harmony was eliminated from state dual competition with a 46-36 loss to host Ft. Pierce in the first round.  The Longhorns got pin fall wins from Nelson Toro (285), Antonio Falotico (160), Rey Ortiz (130), Shawn McAllister (138) and Tristan Horn (106) but injuries forced Harmony to forfeit both the 126 and 182 pound weight class and cost them 12 team points  — making the difference in the match.  It is the first time in the five-year history of the State Duals that Harmony failed to advance to the state quarterfinals.

In the Class 2A, Region 2 meet, top-seeded Winter Springs eliminated Gateway in the first round with a 66-16 win.  Kevin Montilla (184), Elijah Abreau (285) and Melson Broiche (154) picked up individual wins for the Panthers.

The 2023 OBC Championship will be contested beginning next Tuesday.   In first round action, #8 Liberty will open on the road against top-seeded Gateway.  #7 Celebration will be at #2 St. Cloud, #6 Tohopekaliga will play at #3 Harmony and #5 Poinciana will travel to #4 Osceola.   Game times are 6 p.m. for the Osceola and Gateway games and 7 p.m. for the St. Cloud and Harmony home contests.

St. Cloud (14-4 this season) is the defending OBC Champion.  Due to Covid that 2021-22 championship was determined by a season-long round robin play with the Bulldogs defeating Gateway 60-55 last year in what amounted to the title game.

The Panthers are 15-4 this season and both teams advanced to their respective regional finals last year (St. Cloud in 6A, Gateway in 5A).  The two teams did meet in a holiday tournament this year, with St. Cloud winning 46-30 but both teams in that game were missing some key personnel.

Before the start of the OBC Tournament, both Gateway and St. Cloud will faced significant challenges this week.  The Panthers defeated the Lake Mary Rams (16-3, 11th ranked team in state in Class 7A) on Thursday night by a 66-60 count; while St. Cloud will travel to Palm Bay on Friday.  Although 11-7 on the year, Palm Bay has played a difficult schedule and is ranked third in the state in Class 4A.

While the Bulldogs and Gateway will be favored to meet in the OBC finals this year; Harmony if off to its best start in years and at 10-2 could be a factor in this year’s tournament.

Celebration, the dominant county soccer team for pretty much the past decade, is once again favored to repeat as OBC Champions in 2023.  The Storm (7-2-1) has played a tough schedule this season and is currently ranked as the 12th best team in the state in the last FHSAA power rankings.   Gateway (8-1-1) and Harmony (5-7) come into the tournament as the number two and three seeds respectively and fourth seeded St. Cloud (2-5-2) will also host a first round game.

First round games are scheduled for Tuesday (Jan. 17); with second round games on Thursday.  Gateway will host the third place and championship games on Friday, Jan. 20 at 5:30 and 7:30 p.m. respectively.

The Storm has featured an extremely balanced attack this year as 11 different players have scored goals, led by Jose D’lima, who has four goals.  Gateway’s Jose Calerdon is a player to watch in this tournament, as he has tallied seven goals this season.

The OBC Boys basketball tournament is in two weeks and brackets will be announced next Tuesday.

Harmony continues to have the most success in the county, racing out to an 12-3 record – including a 5-1 mark against county opposition.  Using a 5-player rotation where the first and second units play almost equal time, the Longhorns do not have player averaging more than nine points a game but Duke Leonardo’s team has seven players averaging around five or more points per game and his outstanding depth has allowed him to run a pressure defense that has held opponents to less than 44 points per game.

Osceola (6-10) continues to struggle with a young team while facing an incredibly difficult schedule.  Poinciana (6-3), Celebration (6-5), Tohopekaliga (6-6), and Gateway (7-7) were all playing .500 or above basketball entering this week’s action.

After almost a month off for the holiday break, OBC champion Celebration (11-1-0) gets ready for district playoff action by playing three games in the next 10 days, concluding that stretch with county games against Liberty and Osceola next week.  Senior Erin Ozyurek (13 goals) and sophomore Ellie Armstrong (12 goals) continue to lead the Storm in scoring.

Poinciana (10-5) is having a solid season and played Gateway (4-3) last night.  Jan. 21 is the last day of the regular season and district tournaments will be contested Jan. 25- Feb. 2. 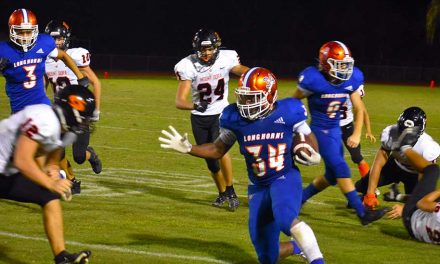 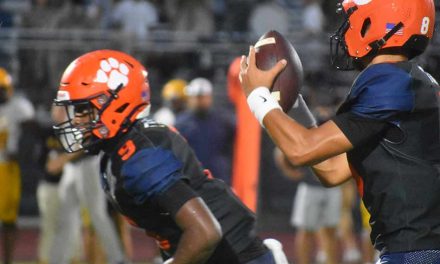 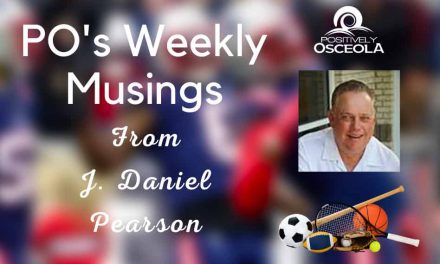 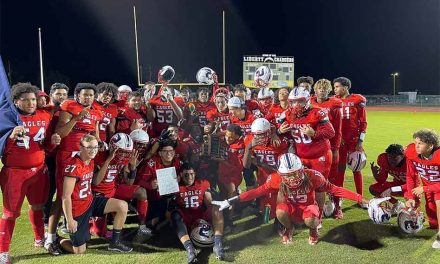