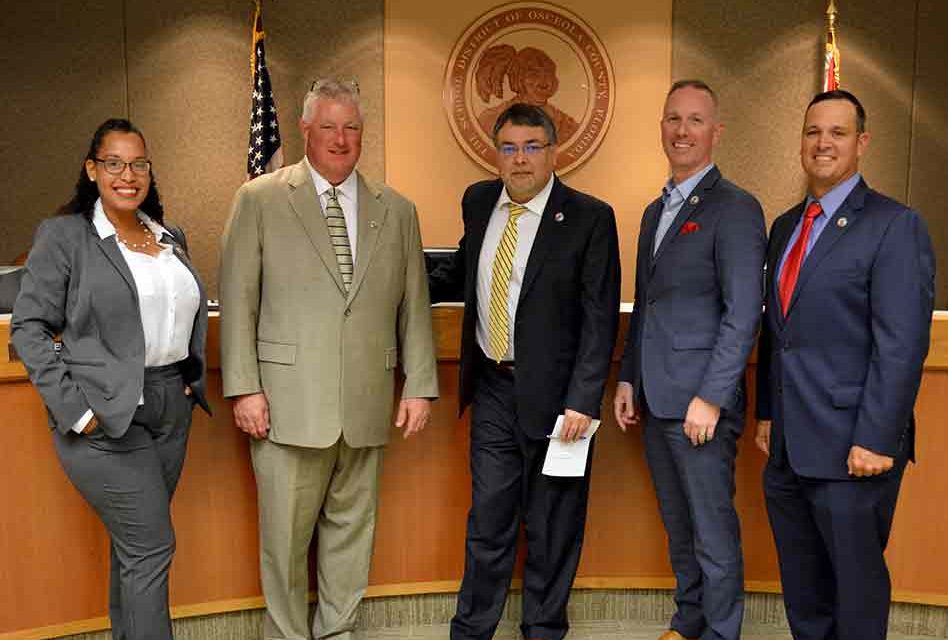 The Osceola County School Board met for the first time since the most recent elections. Just prior to the start of the meeting, inside the boardroom, the two re-elected members of the board – Clarence Thacker and Ricky Booth were sworn in along with a new, incoming board member – Osceola County Schools alum Terry Castillo. Castillo replaces outgoing board member Jay Wheeler who chose not to run for re-election.

“I’m really passionate about education,” said Castillo. “I’m just looking forward to really improving the lives of our teachers, our students and our community at large so anyway that I can go ahead and do that is exactly what I’m looking forward to.”

During the meeting, the board went through a process of re-organization – choosing a new chairman and vice-chair as well as assigning members their committee memberships. Clarence Thacker was nominated and elected as chairman without any contests or objections, while Kelvin Soto was nominated and elected as vice-chairman, likewise, without any contests or objections. The outgoing chairman, Ricky Booth, thanked the board for the opportunity to serve in the capacity of chairman for the past year.

“I think we did some great things,” said Booth. “The best thing we did is restore trust and faith in the school board of Osceola County and I think that’s probably the top thing that we’ve done.”

During the public comment section of the meeting, Irwin Inwood, the President of New Start Housing Partners Inc. – a non-profit organization that helps families in need with affordable housing – presented Poinciana High School and Harmony High School with ceremonial large $1,000 checks to signify the donation from the organization to the school in gratitude for the support that they have shown to the organization.

Clarence Thacker, the incoming chairman of the board said that he’s excited about his re-election as well as that of his colleague Ricky Booth and he’s honored to be taking over the chairmanship from him. He’s also excited about the election of Terry Castillo and looks forward to working with her and seeing how her presence reshapes the dynamic of the board. Thacker also indicated that the biggest challenge the board faces in the coming year is the balancing of the budget. 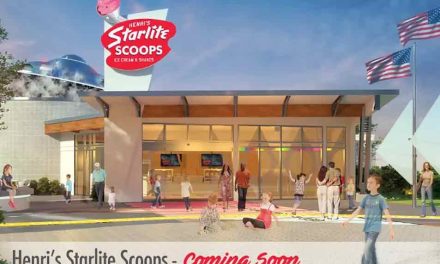 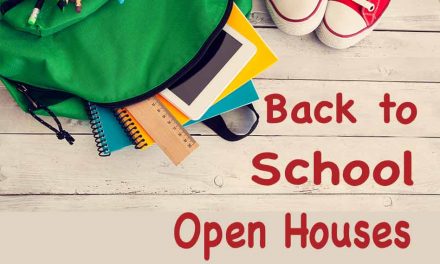