Osceola County was one again filled with some of the best fireworks in all of Central Florida for July 4th. St. Cloud, Kissimmee, Celebration and our nearby theme parks all wowed thousands and thousands of people as they took time to celebrate the 241st birthday of the world’s greatest nation… The United States of America!

There was July 4th style food and fun at every one of the celebrations in Osceola, including Osceola’s baseball stadium with the Florida Fire Frogs.  There was no shortage of hot dogs, pizza, pulled pork, corn on the cob, deep fried dough, and much more no matter where you chose to celebrate, but only one celebration included a giant Wookie! That would be Osceola’s own Town of Celebration.

Star Wars characters were a popular choice at this year’s Sci-fi July 4th celebration in the Town of Celebration, but the day didn’t kick off with a galaxy far far away. It actually began with a very “home town” feeling Independence Day Parade. The parade was a great way for the community show its respect for our nation’s birthday over 241 years ago, and a great way to show the community feel of Celebration. Marching bands, patriotically decorated cars, horses and more entertained the crowds at the start of the day which set the stage for the rest of the fun-filled day’s festivities.

Sci-fi was the theme of the day, so that meant the streets would be lined with Empire Storm Troopers, MIB characters, and of course… a Giant Wookie. The Sci-fi theme was taken advantage of by folks of all ages, which brought a certain “Comicon” feel to the day.

Positively Osceola’s digital reporter Jeff Gerstenlauer had a great time interviewing participants of “all kinds” before the costume contest, which was hosted by “Inside Disney Parks’ Mark Daniel”, and drew crowds from all over Celebration’s event. It was a great success and an amazing fireworks display capped off the theme with a background music track based mostly with sci-fi favs.

So next year, if you’re looking for an “out of this world” July 4th celebration… head on over to the Town of Celebration! The “Force” will certainly be with you! 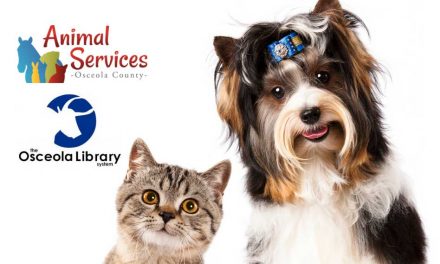