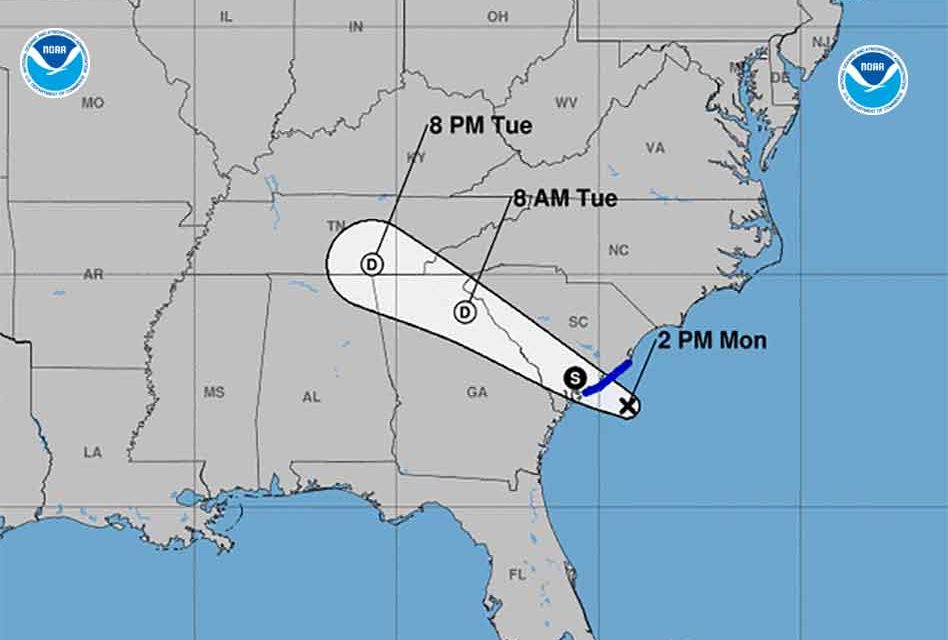 Tropical Storm Danny has formed and is currently off the coast of South Carolina and is predicted to make landfall Monday evening, according to the National Hurricane Center.

Danny is churning with maximum sustained winds estimated at 40 mph winds, about 60 miles east-southeast of Beaufort, South Carolina, and is traveling west-northwest at 16 mph.

Several inches of rain are possible in Georgia and South Carolina.

Meanwhile, a low-pressure system associated with a tropical wave is producing a small cluster of showers and thunderstorms over the eastern tropical Atlantic Ocean.

Some slow development is possible through the end of the week while this system moves quickly west to west-northwest at about 20 mph, likely reaching the Lesser Antilles late Wednesday.

The system has a 30% chance of tropical development over the next five days. 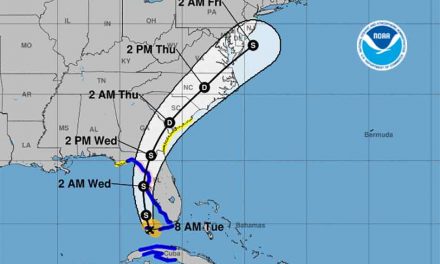 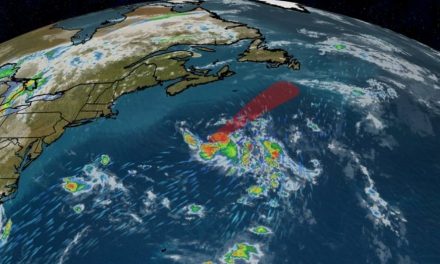 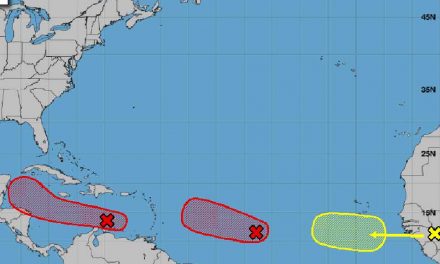 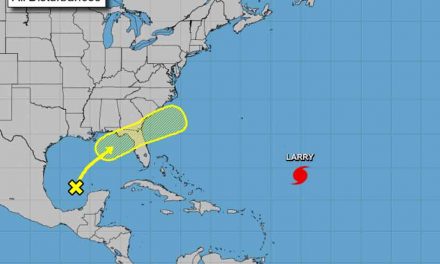 Tropical disturbance still on a path toward Florida this week, heavy rain likely