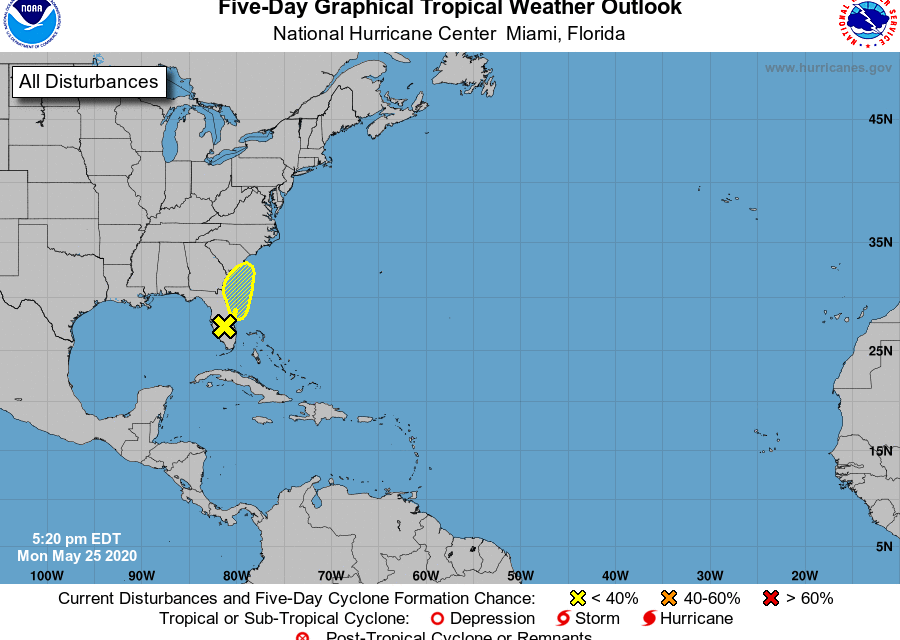 It’s not even June 1, the official start of the Atlantic season, and the National Hurricane Center has already found a second system to watch.

The tropical wave that produced all the wet weather Memorial Day was given a 20 percent chance of developing into “something” in the next few days as it pushes off the Florida East Coast into the Atlantic.

“Although a weak surface low could form along the surface trough just off the east coast of Florida and move northward toward Georgia and South Carolina on Tuesday and Wednesday, the low is not expected to become a tropical cyclone due to strong upper-level winds,” NHC Forecaster Robbie Berg wrote in special tropical weather outlook late Monday.

The biggest effects would be coastal; gusty winds could produce rough marine conditions and life-threatening surf and rip currents along the coasts of eastern Florida, Georgia, and the Carolinas through Wednesday. This alert is a reminder to prepare for the hurricane season; experts expect a above-average season. This weekend is Florida’s annual Hurricane Supply Tax Free weekend. 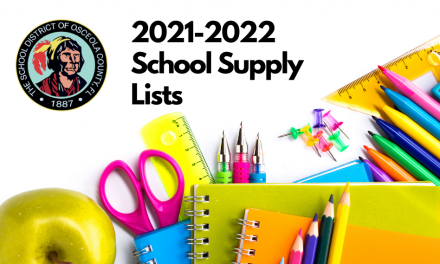 Summer is marching on, time to get those school supplies in Osceola County! 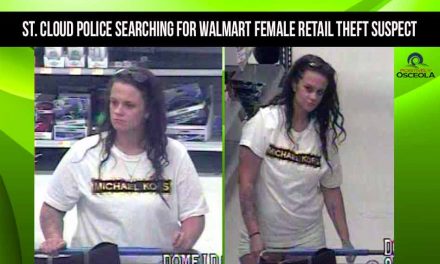 Kissimmee Man Dies After Being Thrown From Jeep in Crash, FHP Says