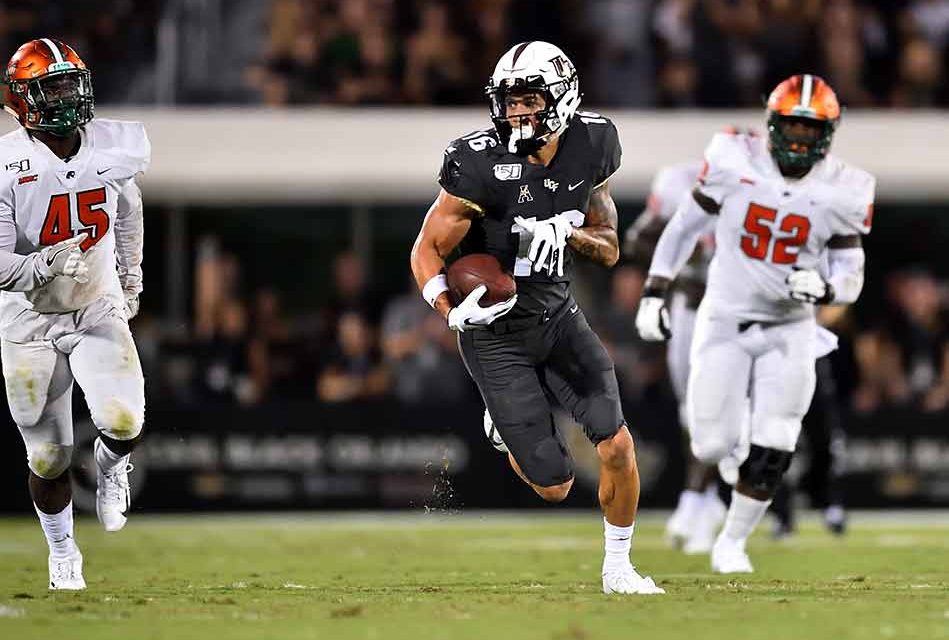 The Knights scored early and often, tallying eight touchdowns and two field goals on their 13 drives (the last two featured punts as the team simply tried to run out the clock) and in the process continued a streak of 27 games scoring at least 31 points.

The festive mood was jolted a bit in the third quarter when cornerback Brendan Moore – on an apparent interception that was blown dead moments before – was tackled awkwardly by a FAMU player. Moore stayed down for a while and eventually had to be removed from the field via a cart with a leg or knee injury.

But Moore was part of a defensive effort that saw UCF hold the Rattlers to 96 yards of offense and just four rushing yards on 25 attempts. Meanwhile the Knights romped for 692 yards, 42 first downs and got TD passes from all three of its quarterbacks.

Brandon Winbush, the Notre Dame graduate transfer, was 12-of-23 for 168 yards and a pair of scores to Gabe Davis in his first regular-season action as a Knight. True freshman Dillon Gabriel might have been even better in his limited debut, going 9-of-13 for 127 yards and two scores. Even Orlando product Quadry Jones (2-2 for 61 yards and a strike) got into the act.

“There will be a lot of things we’ll want to fix, but after an eight-month investment I think the kids did a lot of good things,” Head Coach Josh Heupel said. “The three quarterbacks handled the operation of playing with tempo pretty well. The guys up front did a good job in protection. Dillon for a true freshman handed it well and made good decisions.

“Defensively many positives, contested every throw and thought we tackled pretty well. I’m extremely disappointed for Bam (Moore), there’s not a better kid in our program.”

UCF next game is scheduled at Florida Atlantic next Saturday, but powerful Hurricane Dorian’s wrath in the Boca Raton area early next week could change or cancel that. 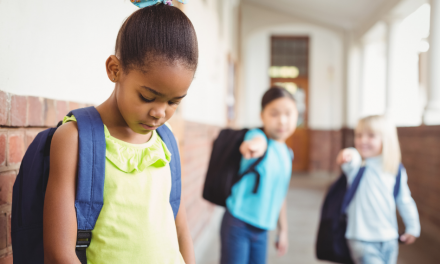 Free Webinar: How Parents & Students can recognize bullying, report it, and stop it! 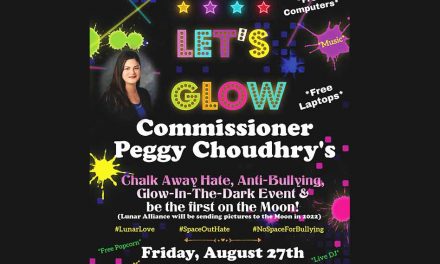 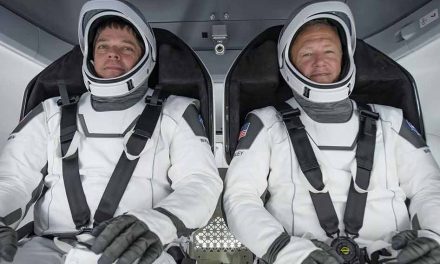 When the Crowds Clear and the Gates Close, Rediscover Magic Kingdom Park After Dark