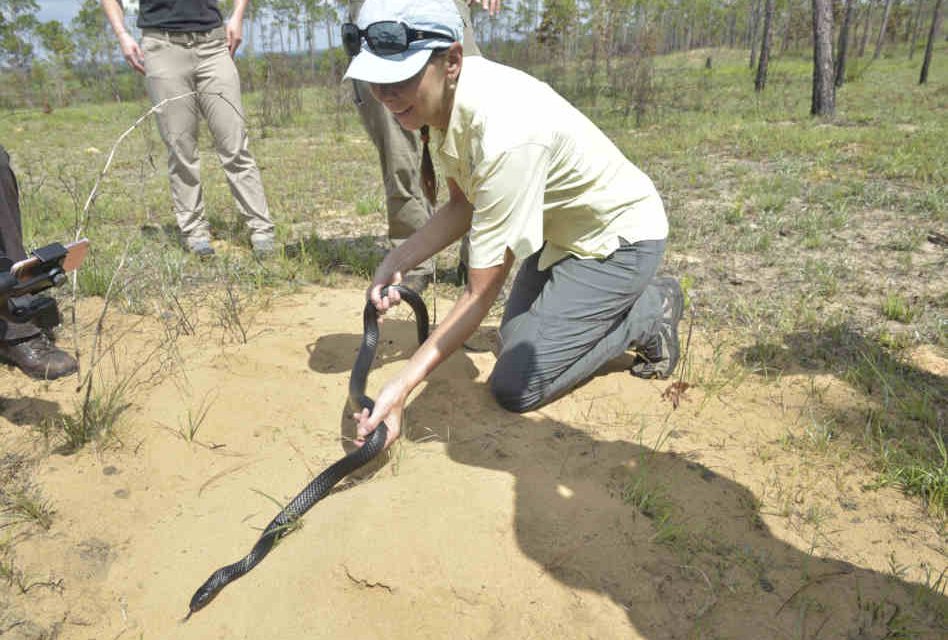 Fifteen eastern indigo snakes, listed as threatened under the Endangered Species Act, have been released in northern Florida as part of a continuing collaborative plan to return the important, native, non-venomous apex predator to the region. This effort marks the third year in a row that snakes raised specifically for the recovery of the species have been released at The Nature Conservancy’s Apalachicola Bluffs and Ravines Preserve in Bristol (ABRP).

The eastern indigo species recovery effort in north Florida is the long-term joint commitment of multiple nonprofit, agency and academic partners: The Nature Conservancy, the Central Florida Zoo & Botanical Gardens’ Orianne Center for Indigo Conservation, Auburn University, the Florida Fish and Wildlife Conservation Commission (FWC), U.S. Fish and Wildlife Service (the Service), Welaka National Fish Hatchery, The Orianne Society, Joseph W. Jones Ecological Research Center, Gulf Power, Southern Company through the National Fish and Wildlife Foundation, and the Fish & Wildlife Foundation of Florida. The partners have worked together for decades to restore and manage the habitat required by the snake, and many other species, to make the release possible.

The eastern indigo snake is the longest snake native to North America and an iconic and essential component of the now rare southern longleaf pine forest. It serves a critical function to balance the wildlife community — it consumes a variety of small animals including both venomous and non-venomous snakes. At over 8 feet long, the impressive indigo often relies upon gopher tortoise burrows for shelter. The snakes were historically found throughout southern Georgia, Alabama, eastern Mississippi and throughout Florida, though their range is now far more restricted.

This year’s annual release is part of a 10-year commitment to the species’ recovery and continues a focus on the establishment of healthy ecosystems through collaborative land, water, and wildlife conservation efforts.

“We continue our work throughout the state and at our preserves to create healthy habitats and properly functioning natural systems that support iconic and important wildlife and plants,” said Temperince Morgan, Executive Director, The Nature Conservancy in Florida. “With the third annual snake release and the teamwork of our dedicated partners, we’re moving the indigos in the direction of species recovery.”

ABRP is the only site in Florida currently designated for indigo reintroduction. The 6,295-acre nature preserve in northern Florida’s Liberty County protects a large longleaf pine landscape carved by numerous seepage streams and is home to the gopher tortoise and the full suite of longleaf pine specialists.

The 15 snakes released at ABRP were bred and hatched by the Central Florida Zoo’s Orianne Center for Indigo Conservation, the world’s foremost comprehensive-based conservation organization dedicated to the captive propagation and reintroduction of the eastern indigo snake. All hatched in 2017, the 10 females and five males were raised for one year at the OCIC before transferring to the Welaka National Fish Hatchery for an additional year in preparation for their release. The snakes have been implanted with passive integrated transponders by the Central Florida Zoo’s veterinary staff to allow for identification when encountered after release.

“The Central Florida Zoo & Botanical Gardens and OCIC are proud to contribute to the conservation efforts of this spectacular species,” said Michelle Hoffman, Director, Orianne Center for Indigo Conservation. “By focusing on the captive propagation and reintroduction of eastern indigo snakes, we are able to progress toward our goal of reestablishing this species in the Florida Panhandle.”

Throughout the state, the Conservancy continues to pursue conservation projects and support policy that protects natural systems for people and wildlife. According to the Florida Fish and Wildlife Conservation Commission next year’s snake release will be scheduled for summer 2020, so stay tuned! 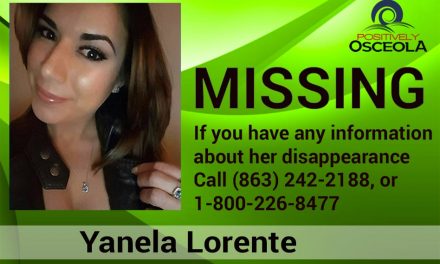 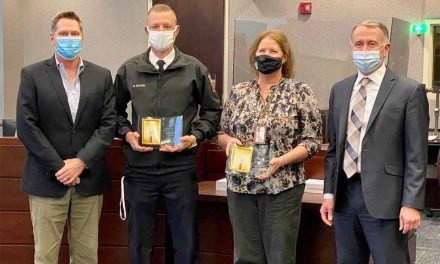 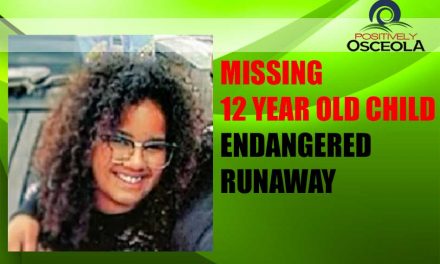