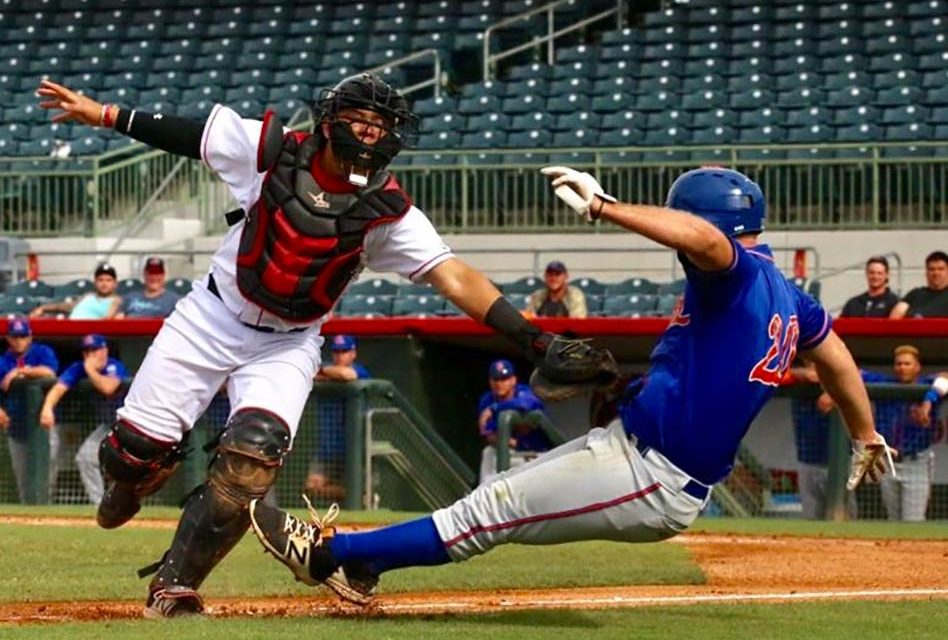 The Florida Fire Frogs and St. Lucie Mets faced off for a doubleheader on Sunday night at Osceola County Stadium, with the home team falling in both contests, 5-4 and 4-2. The sweep hands the Fire Frogs five consecutive losses, and drops the inaugural team’s elimination number to just four with 13 games remaining in the first half.

Patrick Mazeika started the scoring for the Mets in game one, as the left-handed hitting catcher drove a single into center, plating J.C. Rodriguez for the quick one-run deficit for Florida (22-35).

The Fire Frogs knotted the game up with a sacrifice fly from Carlos Castro (0x3, RBI), bringing home Alay Lago (1×2, R, 2 BB) for the first run of the game for the home team.

St. Lucie (29-27) plated another run in the second with an RBI single off the bat of Vinny Sienna, and brought home an added insurance run in the third on Wuilmer Beccerra’s run-scoring knock left, scoring Jhoan Urena.

Drew Harrington (4-5) held the visitors off the board from there over his final two frames in the opener. The product of Louisville finished the game with three runs allowed on six hits, three walks and three strikeouts on 96 pitches (61 strikes).

The Mets were able to add two more runs against Taylor Lewis with an RBI triple from John Mora in the sixth and an RBI single by Peter Alonso.

The Fire Frogs plated two runs in the sixth to cut the deficit down to one with a two-out, two-run double into left-center from Matt Gonzalez (1×4, 2B, 2 RBI).

Down two in the seventh against Tyler Bashlor (SV, 6), Braxton Davidson (0x4, R) reached on an error with one out and advanced to third when Austin Riley (0x3) bounced out to first. Jonathan Morales (1×3, R, BB) kept the inning alive when he drew a walk on a 3-2 pitch.

Ray-Patrick Didder (2×4, R, 2B, RBI) rolled a grounder through the right side to score Davidson, pulling the Fire Frogs within a run. Gonzalez then bounced a 1-1 offering off the glove of Bashlor that was fielded by Sienna at second and thrown to first in time for the final out.

Andrew Church (5-3) earned the win in game one for the Mets with three runs allowed on eight hits, two walks and four strikeouts in the quality start.

Game two started much the same for the Mets, as Mazeika pushed across the first run with an RBI single in the first against Ricardo Sanchez (3-6).

St. Lucie broke the game open when Mora gapped a three-run triple to right-center to put Florida in a 4-0 hole in the second.

Florida got the offense going in the nightcap with a run in the sixth and a tally in the seventh.

The home team’s first run came from Castro (0x3, RBI), as the 23-year-old first baseman grounded out to third with runners at second and third and one out.

The Atlanta Braves High-A affiliate threatened to tie the game in the final frame when Gonzalez (1×3, R, RBI, BB) flared a single to right, scoring Tanner Murphy (1×3) to pull within two, but Tyler Neslony (0x4) struck out to end the game against Johnny Magliozzi (SV, 5).

Marcos Molina (2-2) earned his second win of the year by holding the Fire Frogs to an unearned run through six innings on just three hits, two walks and seven strikeouts.

Neslony was able to stretch his hitting streak to 14 games with three singles in the opener, but went 0-for-4 in the finale to end the bid for 15.

The Fire Frogs and Mets square off in game three of the four-game set on Monday night at Osceola County Stadium. RHP Touki Toussaint (1-6, 6.84) takes for Florida against RHP Justin Dunn (3-3, 5.36) for St. Lucie in a battle of two first-round draft picks in Kissimmee. First pitch is set for 7:05 p.m., with coverage starting at 6:50 p.m. on the Florida Fire Frogs Broadcasting Network.

Monday is “Margarita Monday” at Osceola County Stadium, where fans can enjoy $3 margaritas and $2 empanadas. Every Monday through Wednesday home game is “Service Industry Night,” where member of the service industry can purchase tickets at a discounted rate. 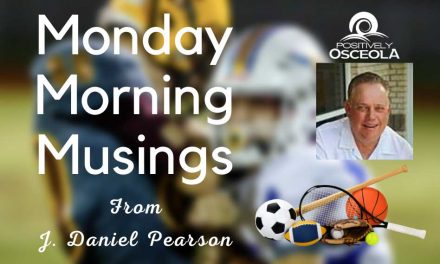 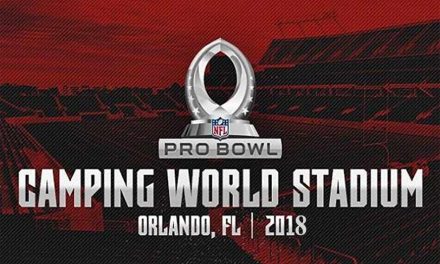 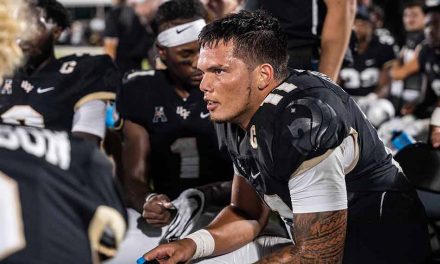