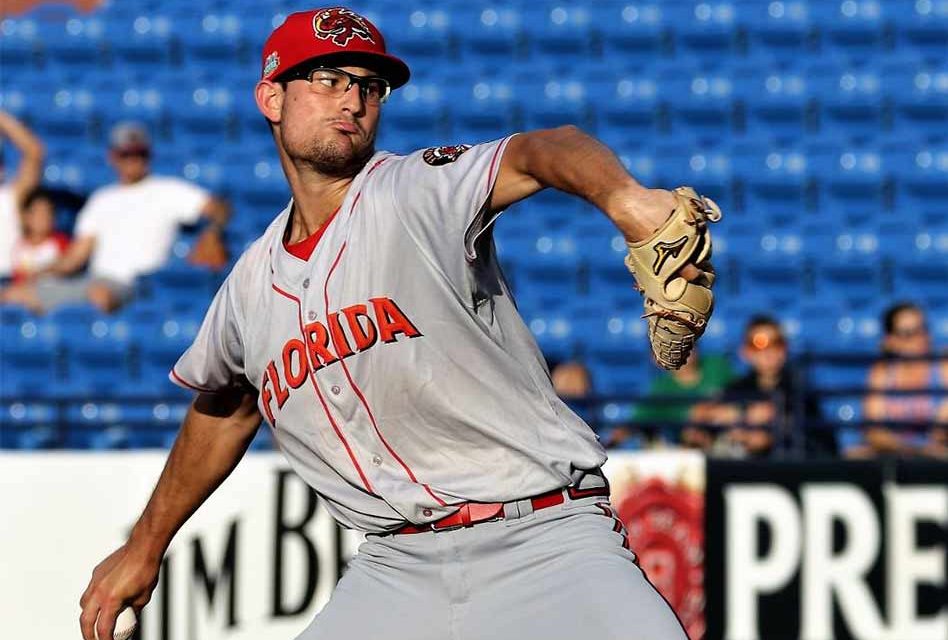 The Florida Fire Frogs got a spectacular pitching performance from RHP Tristan Beck, who kept the Bradenton Marauders off balance all night in a 2-0 shutout triumph on Saturday night at LECOM Park.

The Fire Frogs staff earned their eighth shutout of the season and first since June 18 in Daytona when RHP Nolan Kingham went the distance.

Making his first Fire Frogs start since suffering a groin injury on April 26 in Port St. Lucie, Beck (1-1) looked sharp and hit 96 on the radar gun on a couple different occasions. He yielded just four base runners, three hits and a walk, while racking up five strikeouts across 85 pitches and six stanzas.

The run support came for Beck in the fifth. Drew Lugbauer led off the frame by smacking a home run well over the right-field fence for his tenth blast of the season and a 1-0 Florida lead. Kevin Josephina would single in the inning against RHP Gavin Wallace. Three batters later, Jordan Rodgers plated him on a double to the left-field corner for a 2-0 Fire Frogs edge.

Wallace (2-4) was saddled with the defeat, scattering six hits and two runs over six frames.

Josephina extended his hitting streak to six consecutive games and has now reached in 19 of his last 21. Rodgers went 2-3, notching his fifth multi-hit effort of the year.

With his homer in the fifth, Lugbauer has now gone deep in three of his last four assignments.

CJ Alexander also had two knocks to turn in his first multi-hit game since returning from injury.

RHP Shea Murray tossed three solid shutout innings out of the Marauders pen, picking up six punchouts and only permitting three base runners.

RHP Sean McLaughlin entered in relief of Beck and wiggled out of seventh and eighth inning jams to preserve the lead. He gave up a double to Deon Stafford and hit Lucas Tancas with a pitch in the seventh, but the Marauders couldn’t score. Adrian Valerios and Travis Swaggerty led off the eighth with hits, but McLaughlin settled down to keep Bradenton off the board.

Stafford and Tancas had two-hit nights for the Marauders, both of Stafford’s were doubles.

RHP Daysbel Hernandez worked around a Tancas knock in the ninth to pick up his first save of the season.

NEXT UP: After being pushed back a day to accommodate Beck’s start, LHP Hayden Deal (3-7, 2.81) gets the nod on Sunday afternoon as the Frogs seek to even the series at 2. Bradenton’s RHP Max Kranick (5-6, 3.83) will look to stop that Fire Frogs split bid at 1 p.m. 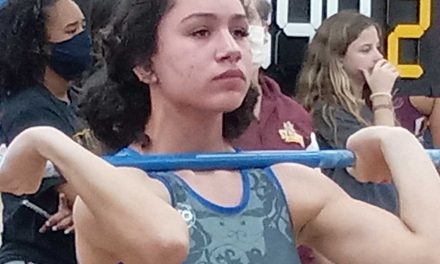 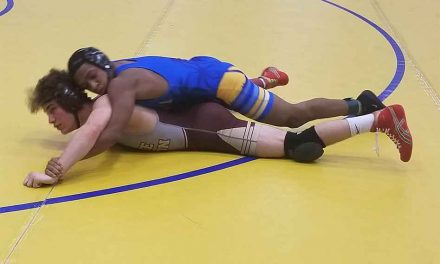 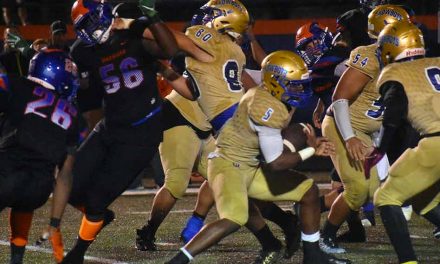