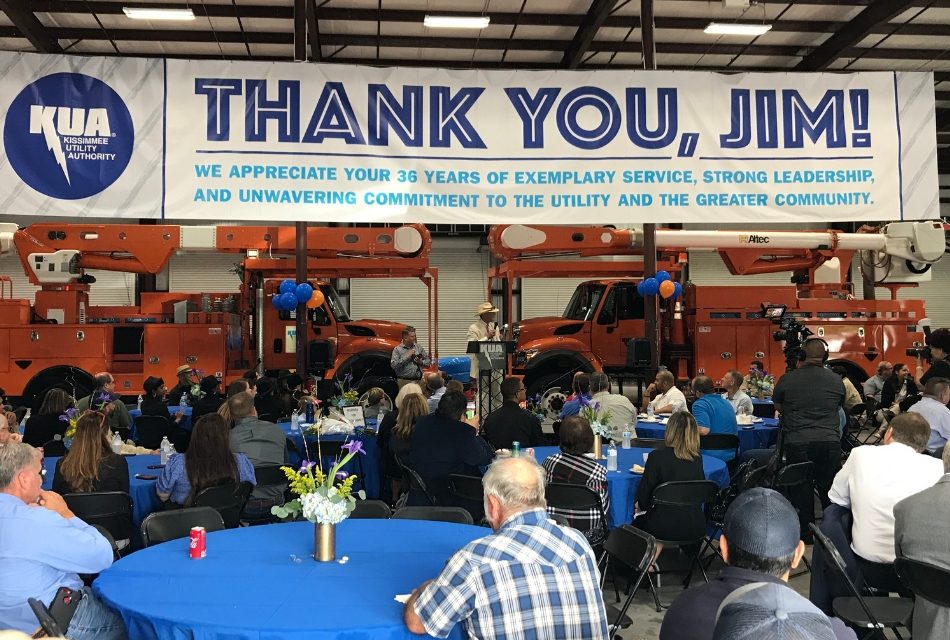 On Wednesday morning, March 27, 2019, Jim Welsh, former President, General Manager and Chief Executive of Kissimmee Utility Authority was surrounded by family, friends, and the KUA staff during a very special gathering to celebrate his official retirement. Jim Welsh served as head of the electric utility since 1982, guiding it through the most significant period of growth in its 117-year history.

Chris Gent, KUA Vice President of Corporate Communications has had the honor of working with Jim Welsh for 25 years. “It’s bittersweet because he deserves a retirement, he’s given his life and career to this Utility. Jim and the Utility have seen many awards over the years and that is all to his credit. He was always pushing us to be better and to stretch ourselves to be a better utility.” 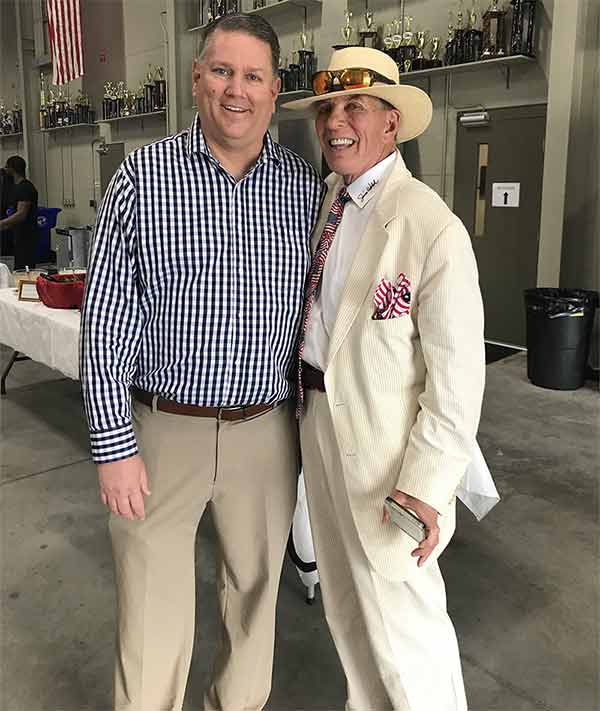 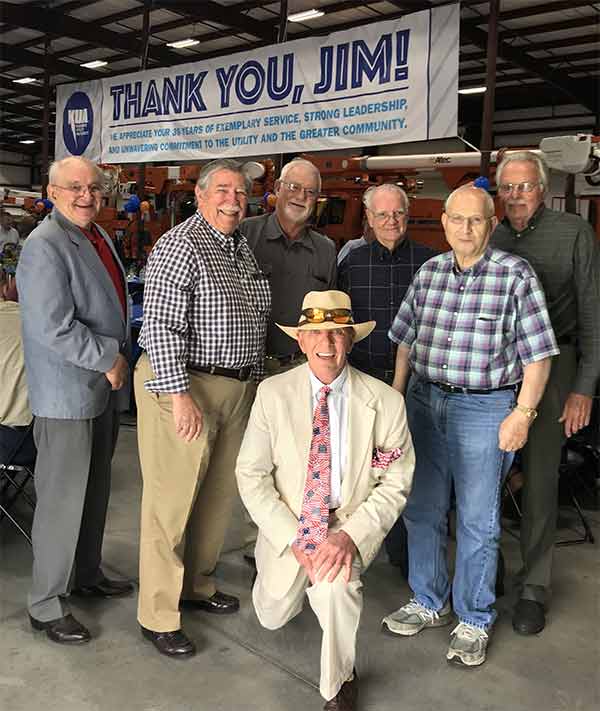 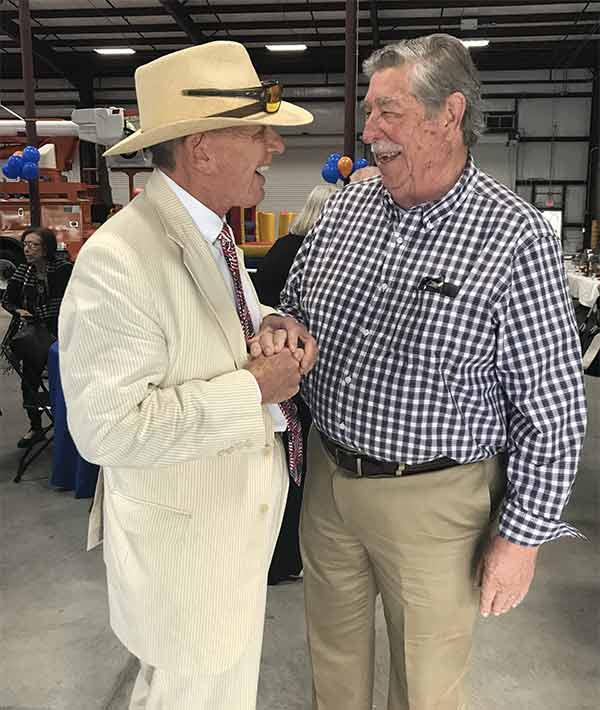 Welsh has overseen the expansion of the utility from 85 employees and 18,000 customers to nearly 300 employees 74,000 customers, becoming the sixth-largest municipal electric utility in Florida.

“He is a trustworthy man, a strong leader who had an open door policy. He is one of a kind and a rare breed who has a way of bringing people together.”

“I’ve gotten to know Jim over the 2 ½ years of being General Manager and CEO of Florida Municipal Power Agency (FMPA).  Kissimmee is the largest member of FMPA. Jim built the electric utility here and lead the development throughout and has become one of the best-run utilities in the state and quite an asset to the City of Kissimmee and no small part due to Jim’s leadership for 36 years.”

Amy Zubaly, Executive Director of Florida Municipal Electric Association presented Welsh with a Proclamation during his retirement party this afternoon. Brian Horton, KUA’s newly appointed CEO and General Manager addressed the audience before employees from KUA’s Customer Service Department closed the celebration with a performance to honor the one and only Jim Welsh. “I wanted to thank Jim Welsh for his steadfast devotion and commitment to Florida Public Power and to the Florida Municipal Electric Association. Jim was a past president of FMEA and we appreciate all of his commitment and dedication. We wish him the best!” says Amy Zubaly, Executive Director of FMEA. 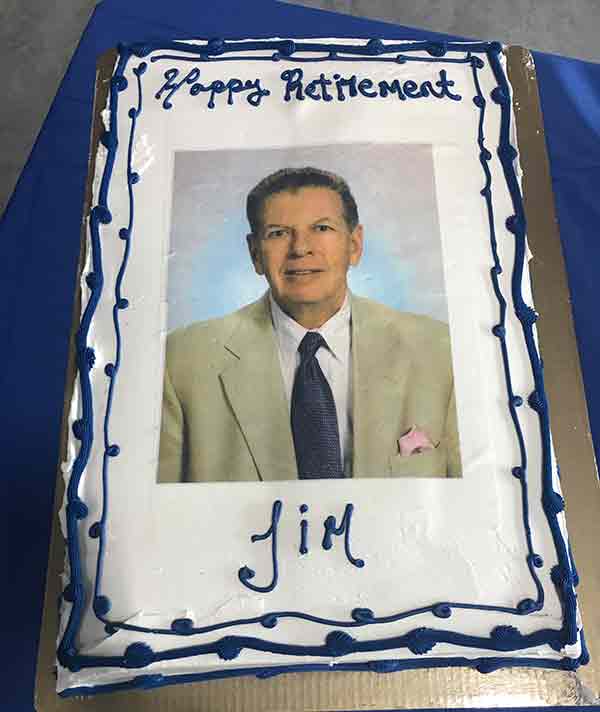 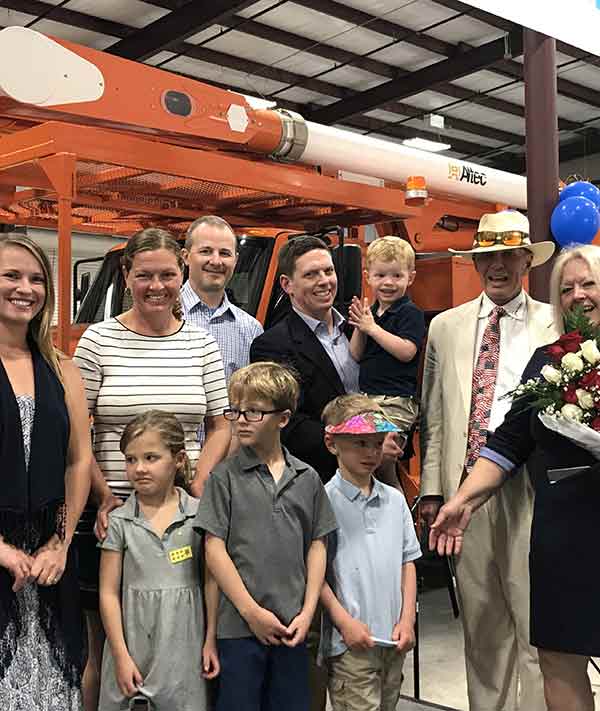 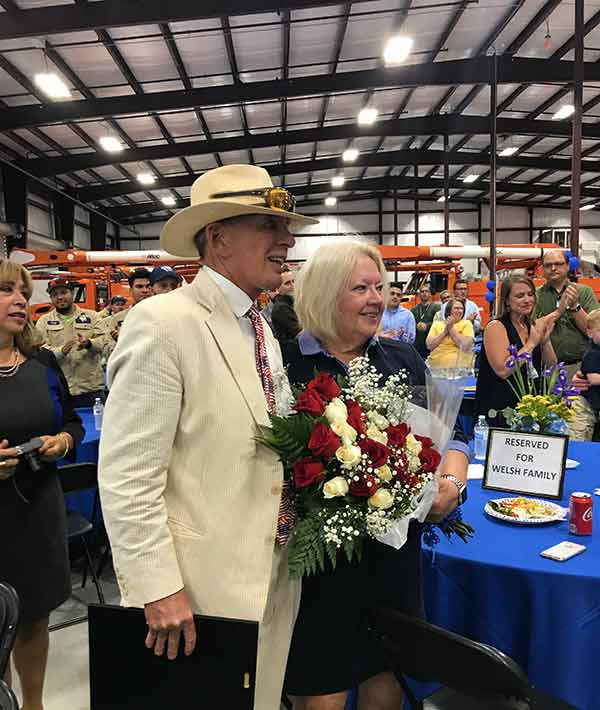 “It has been my honor, my privilege, and my pleasure to be here. I would like to thank everyone in the community for allowing me to serve them for the past 36 years. During retirement, I will be spending time with family which is a given, but I am taking on a new advocation, I am writing a novel.” 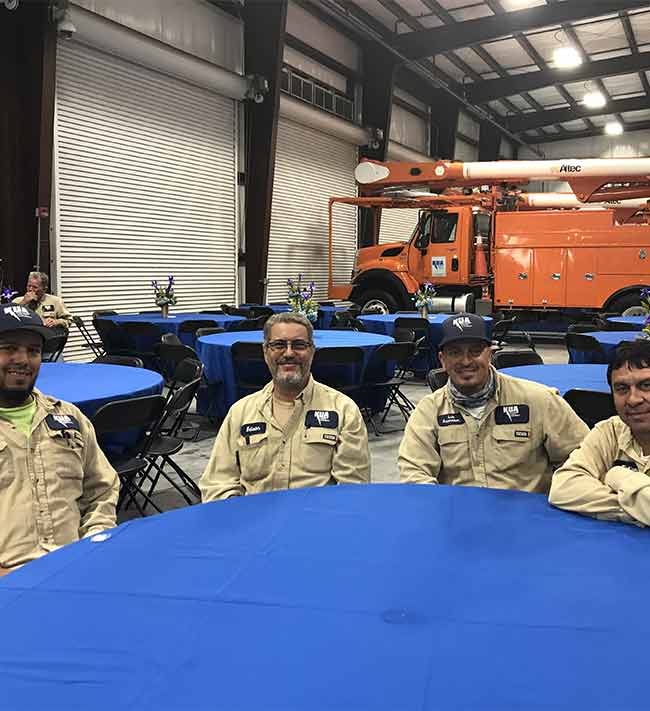 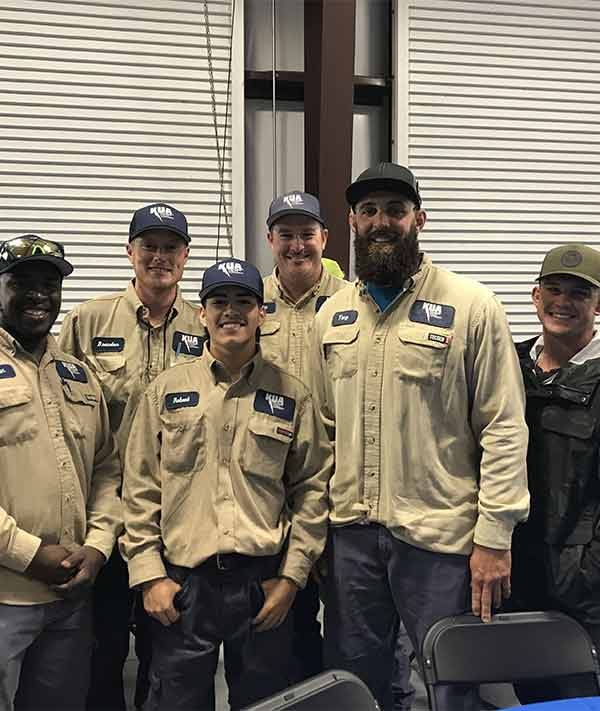 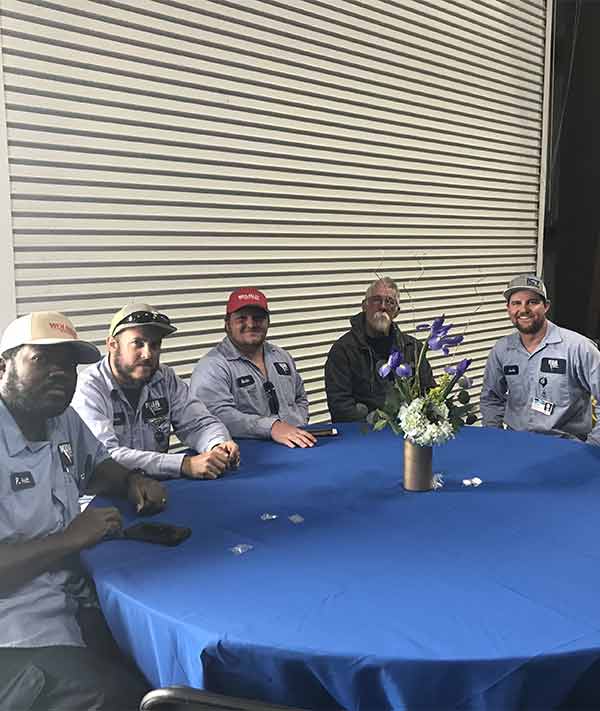 Once again we would like to say thank you to Jim Welsh for making a positive difference in Osceola County and for his dedication to Kissimmee Utility Authority. Congratulations on your retirement! 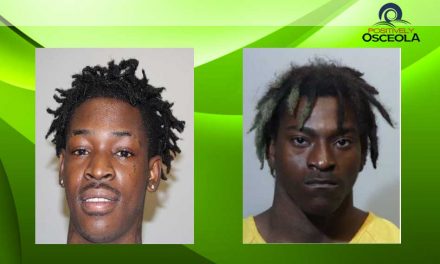 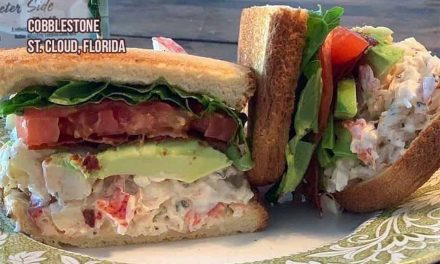 It’s April 7: #407Day – Consider supporting our local restaurants with take out or delivery