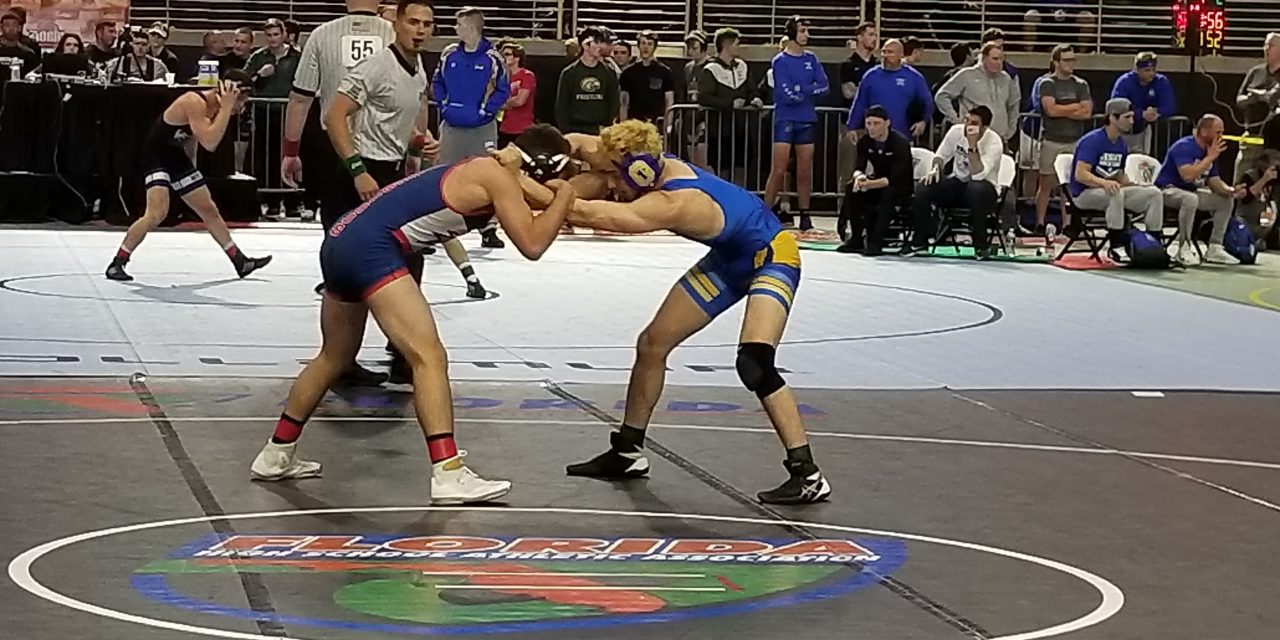 All totaled, 16 county wrestlers from six schools did battle inside a veritable thunderdome of an arena, which held the very best high school wrestling talent in the state, and nine still have a place in the bracket for Saturday.

Semifinals begin at 9:30 a.m., followed by consolation and fifth-place finals. Championship bouts will reconvene at 6:30 p.m.

The Kowboys’ five qualifiers all won their first-round matches went 10-2 on the day, and are seeking a 13th consecutive year of having a state champion. With 40 points, Osceola is tied for seventh in Class 3A, which is led by defending state champion South Dade (91.5).

“Once again our guys trusted their training and performed at state,” OHS Coach Jim Bird said.

At 106 pounds, freshman Cooper Haase moved to 55-6 on the season with a pair of pins. At 132, junior Jaekus Hines (40-4) looks to add a gold medal to his two state runner-up silvers. And at 182, junior Nolin Eaddy took an 11-0 win in his opener before taking an early lead on Ethan Lopez of Hagerty and grinding out a 4-2 win in the second round.

After a first round pin, Dylan Ruiz (220) lost a controversial 5-4 second-round bout to Seminole’s Jordan Smith, but won his consolation bout with a 5-3 sudden-victory overtime bout over Nevan Burney of Buchholz. Ariel Martinez (145) followed the same script, so all three will wrestle Saturday.

In Class 2A, Harmony sent six wrestlers, and are in 13th place (21 points) after Friday.

Poinciana’s Zayveon Mitchell (120) was 2-1 Friday, including a first-period pin in the third round, and is alive in the consolation bracket.

Gateway’s Kyjuan Allen (285) went 2-1 on Friday with two pins and will compete across Bill Beck Boulevard from his school Saturday. 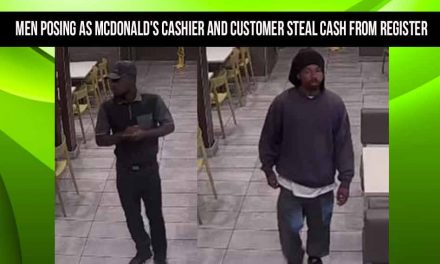