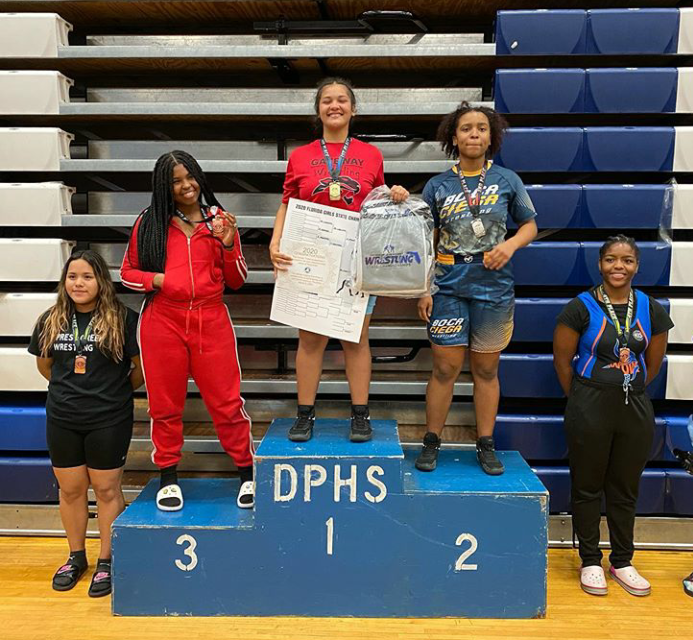 Since girls wrestling is not yet sanctioned by the FHSAA, Saturday’s event is technically an invitational — but the best in the state do get invites.

Liberty’s Amara Morales was the runner-up at 122 pounds, going 4-1 on the day.

Thanks to eight of its 10 wrestlers scoring points, Osceola was third in the team standings with 106.5 points behind host Dr. Phillips (225.5) and Freedom (185.5), who had 16 and 19 wrestlers competing, for comparison.

For Osceola, Kealonie Vega — who also qualified for the state weightlifting meet on Saturday in Panama City Beach but chose to stay home and wrestle — finished fourth at 100 pounds. Angelica Angeles was 5th at 117, Talia Lugo 5th at 122, and Madison Duncan was 4th at 134.

Gateway’s Angelique Torres joined Martinez on the podium and was 5th at 140. St. Cloud’s Sophia Anderson was 4th at 106. 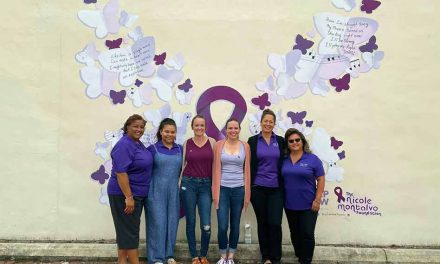 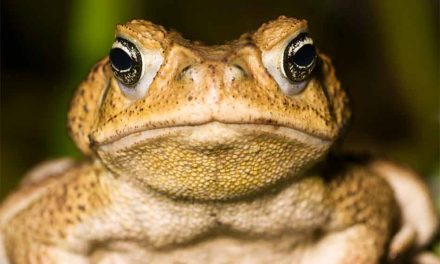